What is a Marketable Title?

The terms marketable title and merchantable title are synonymous. In the absence of a contrary agreement, the contract contains an implied guarantee that the vendor possesses marketable title. When a title is marketable, it indicates that the chain of ownership (title) for a specific piece of property is clear and devoid of faults. However, with an insurable title, the title insurance company has agreed to offer coverage against these faults so that they do not impair the property's ownership or value. In addition, Insurable titles lack the assurances of marketable titles. 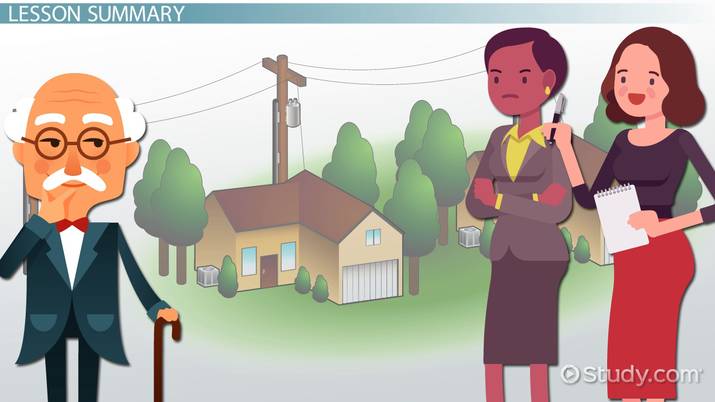 Coming up next: Transfer By Deed: Definition & Requirements

Generally, a problem is more likely to arise if the company's history is lengthy and complex. An ancient claim against property may be cut off by enacting marketable title acts in several jurisdictions, making the title unmarketable. Every real estate transaction includes a seller's implied promise that the property will be delivered with a marketable title. There are no faults in the chain of title, encumbrances on land that are not stated in the deed, or zoning violations considered marketable. Owners who have marketable titles can sell their property at market value without a buyer's objection. Typically. A title is marketable if there is no room for ambiguity. In order to be able to sell the property for a higher price, the owner must have a clear title that is free of liens, encumbrances, and flaws in the chain of title. A claim of ownership to a piece of property that is not stated within a particular length of time is automatically terminated by this law.

Sellers who sell land to buyers are contractually obligated to deliver marketable title to the buyer at the time of closing the deal. It is illegal to sell a piece of land if it has financial liabilities, such as mortgages, unless the buyer agrees to waive them. An unmarketable title contains a severe flaw that would discourage a rational buyer from acquiring the title in the first place. For this reason, it's impossible to sell a property with an unmarketable title because of the increased danger of a lawsuit or financial damage from a defective title. There are very few instances where an owner's present mortgage hinders a buyer's ability to purchase real estate. In order for a title to be considered marketable, it must be devoid of severe faults that a buyer would be willing to overlook if the title were available.

A title's unmarketability can be caused by a variety of factors. In addition, there are any active liens or mortgages on the property. As a result of taking over a property, the original owner's title is rendered unmarketable. Problems with the title chain mean that only properties that have changed hands legally can have a clear chain of title. If there is a problem with the property's prior owner, the chain of title is broken.

How Are Unmarketable Titles Fixed?

An action to quiet title is the legal term for a lawsuit filed to clear a title. Ownership and title to property can be established by filing a quiet title action. This notice can be filed with the local land records office once a quiet title case has been resolved. Consequently, settling concerns with a mortgage lender's interest in the property after the loan was paid off was not appropriately dealt with. When a property's ownership becomes hazy, and its title becomes cloudy, it is common to clarify the title. To allow potential buyers to bid on a property that has been uninhabited for a long period.

Some jurisdictions have implemented marketable title legislation to prevent ancient claims against a parcel of property and render the title unmarketable. A marketable title act refers to a statute that automatically revokes a claim of ownership to a parcel of land if it is not claimed within a specified time frame. The Marketable Title Act is a contemporary amendment to real estate law. It does not supplant existing legal and equitable theories or the regulations governing the recording of sound recordings. Land title marketability and ancient defects in title are the primary goals of the Marketable Title Act. To remove ancient defects in title, these statutes of limitation act as statutes of limitation to remove them from the public record.

The title must be judged marketable before it can be transferred, which means it doesn't have significant flaws that make it impossible for the owner to sell or transfer the property.

Examples of this include:

If there are financial liabilities on a piece of land, such as mortgages, the buyer must waive them before the land can be sold. Adverse possession and zoning rules are also grounds for invalidating a title's ability to be sold. A silent title action can be used to address this. Real estate ownership is typically established through a specialized legal procedure. An action to the quiet title can be filed by a party who claims ownership of land, which is a form of litigation against anyone else who claims possession of the land.

In the context of the title, a marketable title refers to a title that a court of equity finds to be free of defects to the point that it will legally force a buyer to accept it. A suit to clear a title is known as an action to quiet title. Once a quiet title case has been concluded, the court's ruling can be filed in the local land records office to provide notice that the title has been cleared. A marketable title act is a statute that extinguishes a person's title interest if they fail to assert it within a specified time frame. Similar to a statute of limitations, marketable title acts terminate the rights of those who fail to act on their real estate claim within a specified time frame. An unmarketable title is a title with a severe flaw that would prevent a reasonable buyer from purchasing it. An unmarketable title has a fault that risks litigation over the property's title or an excessive risk of economic loss if the title is flawed. The seller's present mortgage does not render a title unmarketable, as it will be released upon payoff of the underlying loan at the close. A marketable title is not necessarily devoid of flaws; rather, it is devoid of flaws severe enough that a wise buyer would accept the title as it is.

What makes a title marketable?

Different aspects make a title to be considered marketable. These components include being free and clear of any doubts that can make a rational buyer find it objectionable.

What is the difference between marketable title and insurable title?

What is an example of marketable title?

There are numerous examples of marketable titles. They include an insurable title, possessory title, and a title that is known with easements.

What does it mean when a title is marketable?

When a title is marketable, it means that the title is free from any reasonable doubt or any threat of facing any legal action. The opposite is the case of an unmarketable title.