Chronemics is defined as the manner in which individuals interpret time in a business environment and accordingly perceive and structure their relationship with co-workers.

Every organizational culture views time and its effect on workplace communication differently, leading to the division of cultures on the basis of chronemics as Monochronic VS Polychronic. 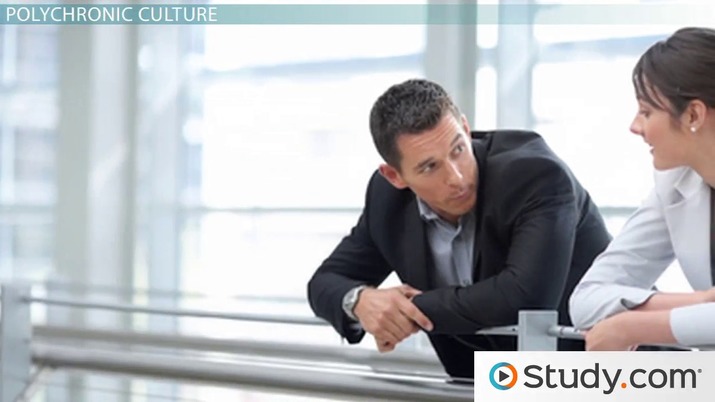 Coming up next: Communicating in Different Languages: Dealing with Interpreters and Jargon

Monochronic definition refers to a type of working style where only one thing is done at a time. A monochronic culture requires an appropriate time and place for everything valuing orderliness. Careful planning and scheduling are part of the daily routine. Thereby time management is a management principle to be followed. Employees concentrate on the job and adhere to strict deadlines. Doing things in turn and order is crucially important. They are committed to the job and accustomed to short-term relationships. People show respect for organizational and private property and are not comfortable borrowing or lending things. There is a consideration for privacy and self-respect, tending to a low context culture. It is expected to have direct, verbal interaction with one specified, clear meaning derived from it. Therefore, communication is concise, straightforward, explicit, simple, and clear.

Organizations that have a monochronic culture display the following characteristics -

Monochronic culture is prevalent in places like North America, Israel, Switzerland, and Germany. These regions like to work in a single task-based manner within a stipulated time. In such a culture, if there were a scenario that a presentation was to be helped in an organization, all invited executives would take the time out from their schedule and assign it specifically to attend the presentation and not cater to any other task during the presentation. If by any chance the speaker at the presentation was to arrive late, the impression the audience would carry was that the entire event was unprofessionally organized and led to delays which inconvenienced all.

Canada is a country that follows a strict monochronic culture as actions pertaining to decided upon goals are taken systematically in a timely manner with little patience or consideration for interruptions or digressions.

Polychronic time orientation is cyclically allowing for working on different activities at the same time and also socializing in order to keep strong business relationships. Hence, not staying on schedule is common as long as other tasks are being done, which leads to the eventual fulfillment of objectives. Human interaction is valued over material things, thereby leading to an approach that things get done with time and not just getting things done. Employees are highly distractable and prone to interruptions. Doing things in order is not important, and tasks could be a combination of different aspects of work. They are committed to people and build long-term relationships. People frequently borrow and lend things tending to high-context culture. Indirect verbal communication is common, with meanings embedded in non-verbal cues and talking around the point. Questions may be personalized with an intent to deepen relationships. Interpersonal relationships are thought of as the way forward to building trust and loyalty.

Thus, a polychronic culture is mainly encompassed by -

A typical day in an organization that has a polychronic culture could very well encompass a three-hour business lunch for an executive if he deems it fit for future prospects, thereby leading to the cancellation or reschedule of any other tasks that were to be catered to had the meeting not lasted that long. This approach allows for friendships to be developed and is a bright prospect for business development opportunities.

Similarly, for a manager in a company valuing polychronic culture, there would always be an open-door policy wherein even if the manager was involved in work and an employee came along for a query or concern, the manager would put aside his task and listen to the employee with full attention catering to his work at a later time.

The Philippines is known to have an extremely polychronic culture wherein employees must have schedules that remain flexible. Criteria to attend to tasks are decided based on their importance, and events may not necessarily flow sequentially as timelines and deadlines are constantly stretched modified.

Chronemics is the way individuals interpret time. This interpretation leads to two types of approaches to time and communication in working styles and is classified as Monochronic and Polychronic. Companies with a monochronic culture view schedules and punctuality as an indispensable part of their workday. Following a linear time orientation where only one thing can be accomplished at a time, a monochronic company considers time as a precious commodity that should be saved and not wasted.

Polychronic culture orientated companies prefer that the employees multi-task or work on different activities at the same time. They do not stay on schedule and lay strong emphasis on socializing in order to keep strong business relationships. When meetings are held, friendships are developed, and phone calls are answered.

What does Polychronic mean?

Polychronic means the ability to handle multiple tasks at one given time. A Polychronic culture is typical of employees multi-tasking and socializing heavily.

Is the US Polychronic or Monochronic?

The US is a Monochronic country because the work culture follows a linear cycle catering to one aspect of work, finishing it, and then moving on to the next task in the order assigned. Time management is adhered to by careful planning and scheduling of work with high regard for timelines.

What is an example of a Monochronic culture?

A Monochronic culture involves a workplace wherein employees focus on one task at a time, completing them in an assigned order. The culture follows a linear orientation wherein time is highly valued and not meant to be wasted.

Cultural Perceptions of Time in Organizations: Monochronic and Polychronic Time

Comparing Communication in Cultures with High & Low Tolerance for Ambiguity

How Emotions Differ Across Cultures

Collectivism Examples | What is a Collectivist Society?

The Role of Proxemics in Communication & Productions