HOW TO IDENTIFY ELECTROLYTES

A simple way to test if a material is an electrolyte or nonelectrolyte is to make an electrical circuit in which two metal bars are hooked up to the positive and negative poles of a battery to create a voltage difference between them. These positively and negatively charged metal electrodes are then immersed in a solution or melt of the substance we are interested in testing. A lightbulb and a device that measures electrical current flow (i.e., an ampere meter or ammeter) are included in the circuit to determine how much electricity flows through the solution between the immersed electrodes. If the solution contains an electrolyte, the lightbulb will glow, and the ammeter will measure a relatively high current flow. If the solution is a nonelectrolyte, the lightbulb will not light up, and very low current flow will be measured.

This simple experimental setup essentially measures the electrical conductance or conductivity of the liquid we are testing. Conductivity is a measure of the materials ability to conduct electricity. Different dissolved substances have different levels of conductivity. Strongly conductive materials are called strong electrolytes. These substances would cause the lightbulb in our experimental setup to glow brightly and register high current flows. There are other substances whose solutions only weakly conduct electricity. These weak electrolyte solutions would only dimly light up the bulb in our circuit and would register relatively low current flows on the ammeter. Some substances do not conduct electricity at all when dissolved or melted. For these nonelectrolytes no current would flow through our experimental conductivity circuit. Some everyday examples of strong and weak electrolytes are table salt (sodium chloride) and vinegar (dilute acetic acid), respectively. In comparison, sugar (sucrose) is an example of a nonelectrolyte. 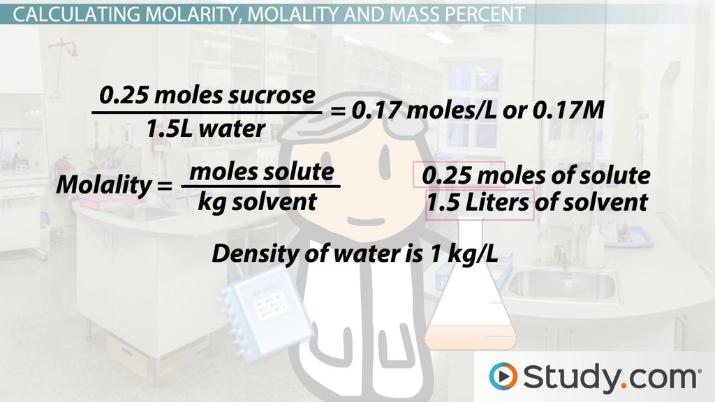 WHAT IS A SOLUTION

Both electrolytes and nonelectrolytes can be dissolved to form solutions. The substance that dissolves in a solution is called the solute, and the bulk material into which it is dissolved is called the solvent. In this lesson, we are primarily interested in solutions in which water is the solvent, and the electrolyte and nonelectrolyte substances are the solutes. These water-based mixtures are called aqueous solutions (based on the Latin word for water: aqua). So, an aqueous solution is a homogeneous mixture in which one or more substances are dissolved in water. A homogeneous mixture is a solution in which the solutes and solvents are mixed uniformly at the atomic or molecular scale.

DO ELECTROLYTES DISSOLVE IN WATER?

As discussed above, the key characteristic of electrolyte compounds (ionic compounds) is that they form electrically conductive liquids when melted or dissolved in water. When an ionic compound such as sodium chloride dissolves in water, its ions separate and disperse uniformly into the solution. The presence of these charged particles makes the solution electrically conductive. The positively charged ions in solution are called cations, and the negatively charged ions are called anions.

Electrolyte solutions are ubiquitous. Common examples such as residential tap water and saltwater are used by billions of people every day. There are also less familiar examples that play essential roles in biological, environmental, and industrial systems worldwide. Many of the key examples of these are identified and described in the table below.

A nonelectrolyte is a compound that does not form an electrically conductive liquid when it dissolves or melts. That is, a material that does not separate into ions when melted or dissolved. A common example of a nonelectrolyte is sugar (sucrose). When sugar dissolves (i.e., becomes a solute) in the solvent water, its molecules do not break apart, so ions are not formed. This can be represented by the simple dissolution reaction shown below:

A nonelectrolyte list of examples is shown in the table below. As with the electrolyte examples, nonelectrolyte solutions also play important roles in biological, and industrial processes.

The degree to which an electrolyte solution conducts electricity will be determined by two factors: (1) the proportion of ions to neutral molecules that form when it dissolves, and (2) its concentration in solution. The dissolution behavior of the compound determines the proportion of ions formed. For example, the dissolution of acetic acid in water to form vinegar is summarized by the following reaction (note: (aq) is indicates that the material is dissolved in an aqueous solution):

Concentration is commonly expressed in grams of solute per liter of solution. So, in our vinegar example, in its equilibrium state, there is a relatively low concentration of the ions in solution (i.e., most of the dissolved acetic acid is present as the neutral molecule). Since the presence of ions is what makes an electrolyte solution electrically conductive and vinegar has a low equilibrium concentration of ions, it is a weak electrolyte.

Strong electrolytes such as sodium chloride do not form neutral molecules in solution. For these substances, the electrical conductivity of their solution is simply determined by their concentration in solution. So, an aqueous solution with a low concentration of sodium and chlorine ions is weakly conductive, but a more concentrated solution will be strongly conductive. That is, we can increase the electrical conductivity of the solution by simply adding more salt to it.

There are three important concentration units:

When performing calculations, chemists more commonly use concentration units based on moles or molar units. A mole is the international standard unit for quantifying the amount of a substance. More specifically, a mole is used to measure amounts of small particles such as atoms and molecules. By definition, one mole equals {eq}6.02\text{x}10^{23} {/eq} particles. So, the number of atoms or molecules in a mole is always the same; however, the weights of atoms and molecules vary. For example, there are 26.98 grams of aluminum per mole of aluminum, and there are 196.97 grams of gold per mole of gold. The grams of an atom or molecule per mole is called its atomic mass or molecular mass respectively.

Another important that mole-based unit used by chemists is molality. Molality is moles solute per kilograms of solvent. The advantage of this unit is that it directly quantifies the masses of solute and solvent and is unaffected by temperature variations of the solution. For example, if the temperature of our solution increases, thermal expansion will cause its volume to increase, thus changing the liters of solution (i.e., it will no longer be 1.0 liters). The mass of solvent (in kilograms) does not change when the solution temperature changes.

An electrolyte or electrolyte compound is a substance that breaks into ions and forms an electrically conductive liquid when melted or dissolved. Ions are charged particles that form when an electrolyte breaks apart (i.e., dissociates) during dissolution or melting (e.g., NaCl dissociates into the ions {eq}Na^+ {/eq} and {eq}Cl^- {/eq}). The most common electrolyte solutions are created by dissolving an electrolyte compound in water. In these water-based or aqueous solutions, the dissolved electrolyte substances are called solutes, and the water into which they are dissolved is referred to as the solvent. An aqueous solution is a homogeneous mixture in which the solutes and solvents are mixed uniformly at the atomic or molecular scale. Examples of electrolytes include salts such as sodium chloride, acids such as hydrochloric, and bases such as sodium hydroxide. Electrolytes that completely dissociate into ions when dissolved are strong electrolytes (e.g., potassium chloride) and electrolytes that only partially dissociate into ions when dissolved are weak electrolytes (e.g., vinegar). A nonelectrolyte is a substance that neither breaks into ions nor forms an electrically conductive liquid when melted or dissolved. Examples of nonelectrolytes include sugars such as fructose, alcohol, and organic solvents such as acetone.

Each concentration unit has advantages or disadvantages depending on the types of experiments or calculations being performed.

In summary, the primary factor distinguishing electrolytes vs. nonelectrolytes is that the former conducts electricity when in a liquid form and the latter does not. As discussed above, both electrolyte and nonelectrolyte solutions play essential roles in biological, environmental, and industrial processes; thus, understanding their chemistry is an integral part of science education.

How do you identify a Nonelectrolyte?

What are examples of Nonelectrolytes?

Sodium chloride (NaCl) is not a nonelectrolyte. This is because NaCl breaks into charged particles or ions (i.e., a positively charged sodium ion and a negatively charged chlorine ion) when it dissolves or melts. The presence of ions in a liquid make it electrically conductive. The primary distinction between electrolyte vs. nonelectrolyte substances is that the former conducts electricity when dissolved or melted and the latter does not. Therefore, NaCl is an electrolyte rather than a nonelectrolyte.

Binary Acid List & Examples | What Is a Binary Acid?

What is a Conjugate Acid? - Definition & Examples

The Rate of Dissolution: Factors and Definition