Jack Woerner, Tisha Collins Batis
What is novation in real estate? What is a novation agreement? See the novation definition. Learn about the novation of a contract. See examples of it. Updated: 03/01/2022

What is novation in real estate?

The novation real estate process works similar to regular novation in contract law. Where one agreement is replaced by a new contractional agreement. This happens most often when property or real estate is being bought and sold. One party may not like the price or the condition of the home and want to change the terms of the estate contract. This can also occur if someone is selling real estate and the buyer could not meet the requirements to follow through with the purchase in time. Novation in real estate can also occur in tenancy agreements between a tenant and a landlord through a rental agreement. The novation contract can change the date on the rent, rent fee, or the rental rules.

The origins of novation date back to the Roman Republic. The Latin word novatio meant the substitution of a debt or delegation of a new contract. Over time, different societies and legal systems divided the word to mean more specific concepts. New debt or credit being assumed became known as assignments while merging or amending of terms became contract novation. 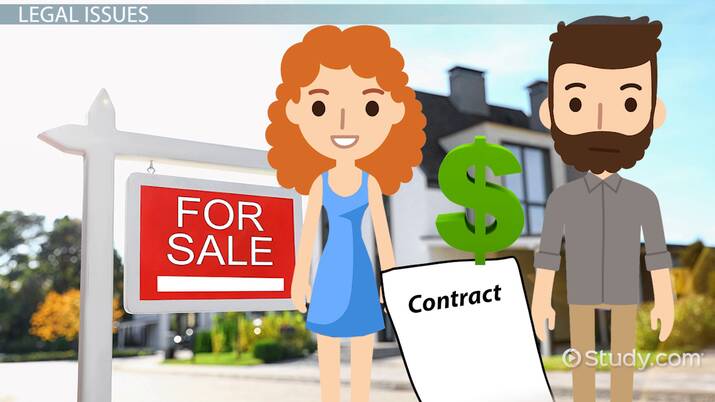 Try it now
Back
Coming up next: Constructive Notice in Real Estate

Novating a contract works in a number of ways and changes depending on the laws of the jurisdiction where the contract is being novated.

The first step is for both parties to renegotiate the terms they want to see in a new contract. All parties must agree on changes made before the contract can move into the next step of novation.

There are many reasons for novation to occur in contract law, especially in real estate.

In addition to reasons for novation, there are numerous examples. Below are three examples of novation in real estate.

A tenant experienced an unexpected job change where they have to move to another city two months before their lease agreement is up. The tenant discusses this with the landlord, and they come to an agreement that if the tenant can find another tenant before they move, then they can novate the contract and have the next tenant pick up the last two months.

A prospective home buyer makes an offer on a house that the seller accepts. During the due diligence period of home buying as outlined in the original contract, the prospective home buyer discovers a serious case of mold. They call their realtor and lawyer to enter into a novation phase in order to draw up a new contract. The home seller agrees that they will either fix the issue or lower the price of the house.

A business wants to buy a large industrial property for their new factory. The business realizes however that they have to fix the property in order to follow new zoning regulations. They contact the seller to let them know they are still interested but will need to wait to get certain zoning permits approved by the local government. Both parties agree to extend the date of sale to a later date.

How do you novate a contract?

To novate a contract, both parties come together to negotiate new terms. Once the terms are properly negotiated and if both parties agree, a new contract is signed and the old one becomes void.

What does Novation mean?

Novation means that an original contract is being replaced with a new one. Usually, many of the original terms are the same but there may be some small changes added in the new one.

What is a novation agreement?

A novation agreement is when parties related to an original contract agree to negotiate new terms. The novation will draw up new terms in a new contract to replace the old contract.

What is the meaning of Novation?

The meaning of novation is to change an old contract with a new contract. Novation happens because the terms or value of the old contract is no longer valid to one or more parties.

What a novation is used for?

Novation is used by individuals and businesses to change a contract in order to gain better terms in a new contract. Novation mostly happens in real estate contracts or business deals.

What is an example of Novation?

A common example of novation is real estate novation between a buyer and seller. A buyer may need more time to get money together and negotiates with the seller to add one more month on the deal, if the seller agrees, than a new contract is created.