Laura Lohman, Liz Diamond-Manlusoc
Explore oratorios. Learn the definition of an oratorio and understand its history. Discover different composers of oratorio with their styles and importance. Updated: 12/29/2021

What Is an Oratorio? 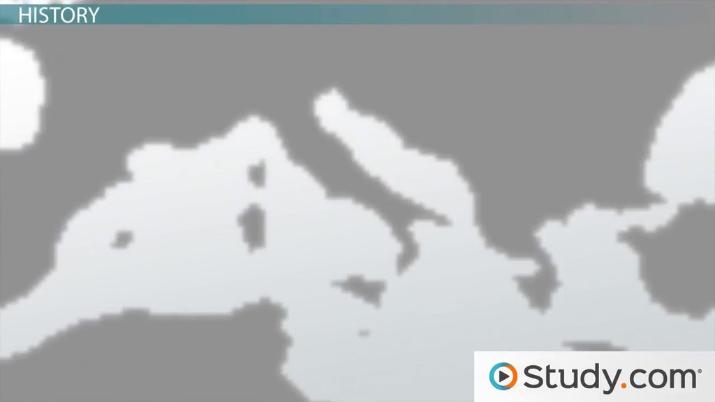 Coming up next: Decorative and Ornate Music of the Baroque Era

History of the Oratorio

The word 'oratorio' comes from the 'oratory,' the portion of the church in which such musical performances were first given. These early performances were forms of moral entertainment initiated by Philip Neri, a sainted Italian priest of the mid-16th century. As informal types of worship, these performances helped attract people to the Catholic faith and then educate them through music. The first surviving oratorio is Emilio del Cavaliere's Rappresentazione di anima, et di corpo (The Representation of Soul and Body), which was first performed in 1600.

By the mid-17th century, the oratorio had become more standardized. Oratorios at this time were usually between 40 and 60 minutes in duration. They were often performed in two sections separated by a sermon. The texts of most oratorios were taken from the Bible. Recitatives, or music sung with speech-like rhythms, delivered narration between more tuneful arias and choruses. While the earliest oratorios in Italy had stage action, such action was dropped from oratorios there by the end of the 18th century. By then, oratorios had also been lengthened to some 90 to 120 minutes.

While oratorios were first developed in the Italian Catholic Church and had texts in Latin or Italian, over time, oratorios were also composed and performed in France and Germany. An important composer of German oratorios in the 17th century was Heinrich Schutz. His oratorios featured emotional expression, and they provided an important precedent for such 18th-century works of Johann Sebastian Bach as the Passion According to St. John and the Passion According to St. Matthew. German oratorios tended to make greater use of the chorus than their Italian counterparts, ultimately influencing George Frederic Handel's extensive use of the chorus in his own, English oratorios.

Operas and oratorios are similar, in that they use some of the same basic musical elements: recitative, arias and chorus. However, while operas are staged with action, scenery and costumes, oratorios in Italy stopped featuring stage action by the late 18th century. Typically, oratorios include a singer as a narrator to assist in telling the story. In contrast, storytelling in opera is carried out through action and dialogue. While operas address a wide range of secular subjects including history, tragedy and romance, oratorios address only sacred topics.

Oratorio music was composed by several leading composers in Italy, Germany and England. History's most noteworthy composers of oratorios include George Frederic Handel, Giacomo Carissimi and Alessandro Scarlatti. We'll consider their work in greater detail below.

The tradition of the English oratorio was created by composer George Frederic Handel, who moved to England from Germany in the 18th century. Handel's oratorios apply operatic style to Biblical stories, and were performed in theaters rather than in the church. English oratorios are commonly structured in three acts. Handel's well-known oratorios, such as Messiah (1742) and Saul and Israel in Egypt (1739), are highly regarded today due to his treatment of moral elements, their expressive solos, and Handel's frequent and effective use of the chorus. Unusually, Messiah focuses on the idea of redemption as conveyed through the Old Testament, rather than telling a linear story. The well-known ''Hallelujah chorus'' is from Handel's Messiah.

One of the first composers of oratorios was Giacomo Carissimi (1605-1674), who wrote 16 oratorios on topics from the Old Testament. These effectively functioned as substitutes for operas during Lent, when operas were not permitted to be performed. Carissimi's oratorios featured texts in Latin, drawn from the Old Testament. He used an operatic style and made effective use of the chorus. His oratorios, such as Jepthe (1648), illustrate common features of oratorios in the mid-17th century. Other oratorios by Carissimi that are still performed today include The Judgment of Solomon, Baltazar and Judicium Extremum.

Alessandro Scarlatti (1660-1725) was the most important Italian composer of oratorios after Carissimi. Scarlatti composed 38 oratorios, using Italian and Latin texts, of which 23 have survived. His oratorios are drawn from the Old Testament, and are based on the lives of saints and the Virgin Mary. One noteworthy example is La Vergine addolorata (1717). Scarlatti's oratorios make little use of the chorus, and do not use a narrator. In this respect, they closely resemble opera. In addition to writing oratorios for church performances, Scarlatti wrote oratorios for gatherings of nobles and princes. The sermons that previously separated the two parts of the oratorio were replaced in these performances by intermissions, during which refreshments were enjoyed. In Scarlatti's later oratorios, he made greater use of instruments including woodwinds, trumpets and string instruments.

An oratorio is a dramatic musical composition based on a religious theme. Like operas, oratorios commonly feature soloists, a choir and an orchestra. However, oratorios are usually performed in churches and concert halls, and without costumes or action. Standards for the oratorio were developed in the 17th century, when oratorios were written in two parts and would last around 60 minutes. Recitatives, or music using speech-like rhythms, delivered narration between more tuneful arias and choruses. While oratorios first developed in Italy and the Catholic Church used texts in Latin or Italian, over time, oratorios were also composed and performed in (and using the languages of) France, Germany and England.

Oratorio music was composed by several leading composers in Italy, Germany and England. Noteworthy composers of oratorios include Giacomo Carissimi, Alessandro Scarlatti and George Frederic Handel. Carissimi was one of the first composers of oratorios, while Scarlatti wrote oratorios for gatherings of nobles and princes and made greater use of such instruments as woodwinds, trumpets and string instruments. Handel developed the English oratorio by building on the German oratorio's use of the chorus, making more frequent use of it. The well-known ''Hallelujah chorus'' is from George Frederic Handel's oratorio Messiah.

What is the difference between an oratorio and an opera?

While operas address a wide range of secular subjects, including history, tragedy and romance, oratorios address only sacred topics. Operas are staged with action, scenery and costumes, but Italian oratorios stopped featuring stage action by the late 18th century.

What is the best definition of an oratorio?

An oratorio is a large-scale, sacred, musical composition for solo voices, chorus and orchestra. Oratorios are performed in churches and concert halls, usually without costumes, dialogue or action.

Create an account
Oratorio Overview & History | What Is an Oratorio?
Try it risk-free for 30 days
Humanities / Intro to Music
Intro to Music

Oratorio Overview & History | What Is an Oratorio?
Related Study Materials

Art Song Concept & Examples | What is an Art Song?