What is the Pendleton Act?

The Pendleton Act is defined by its legacy of creating a more equitable system for hiring and retaining civil servants. The Pendleton Civil Service Reform Act, as it was formally named, established an objective metric for hiring federal employees; passed in 1883, it ensured people were hired based on their scores on a civil service exam and prevented them from being discriminated against based on their political affiliation. Although the Act initially had a narrow application, future presidential administrations expanded its provisions.

Why Was the Act Enacted?

In 1881, President James A. Garfield was assassinated by a man named Charles Guiteau. The newly-elected president Garfield had recently set in motion reform of the political appointment system, known as the spoils system. Guiteau believed he was owed a political appointment by Garfield and felt personally slighted by Garfield's efforts at reform; after Guiteau committed the assassination he expressed relief that Vice President Chester A. Arthur was now president, as he believed Arthur would appoint him to a political office.

Although Guiteau was also mentally ill, his views of Garfield were certainly informed by the politics of the day, which held that supporters of a presidential candidate were owed patronage appointments if he was elected to office. Presidential campaigns had rested largely on the money contributed by people who were promised appointments in return. Negative attention to the spoils system grew after Garfield's assassination and many Americans became aware of how corrupt political appointments had become over the previous decades. The congressional election of 1882 also focused heavily on the spoils system and public opinion proved to be heavily in favor of reform. At best, the system of patronage was an inefficient and exclusionary practice; at worst, it allowed corruption and cronyism to flourish. As a result, Ohio Senator George H. Pendleton introduced the Pendleton Civil Service Reform Act to dismantle the spoils system and patronage appointments. Newly-ascendant President Arthur signed the bill into law on January 16, 1883.

What Did the Pendleton Act Do?

The Pendleton Act did several things to eliminate the spoils system that had been in place. Pendleton, a Democrat, faced opposition from members of his own party who were staunch supporters of the patronage system, believing it would ensure cooperation between the president and government employees. However, Pendleton and the other sponsors of the bill were eager to put an end to such a wasteful and contentious system. Under the spoils system, prior to the Pendleton Act's passage, federal appointees need not be qualified for appointments and could be fired without cause when a new political party won the Executive Branch.

Here are the most notable provisions of the Pendleton Act:

The Pendleton Act is both a significant piece of legislation and American history. The practice of patronage was not an uncommon one in the 1880s, but President Garfield's assassination forced American leaders to confront the issue, with which many had long been complicit. The solutions set forth in the Pendleton Act provided a lasting solution to abolishing the system that had spread to so many government offices. 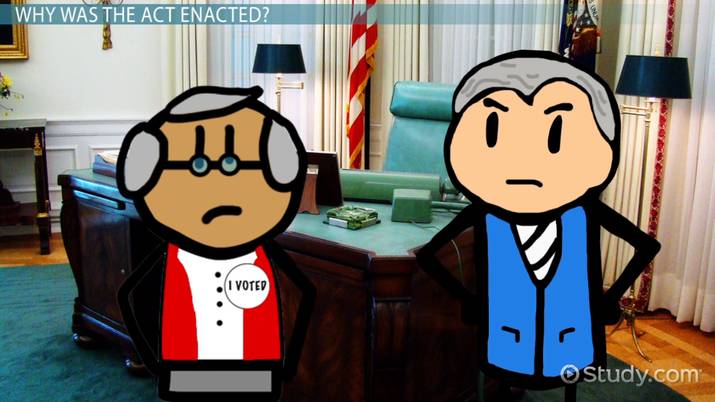 The Pendleton Act of 1883 only protected 11% of government employees upon its passage but grew dramatically from there. In the decades following the act's passage, presidents were inclined to change their appointees' positions to require civil service exams if their successor represented the opposing party. By 1900 nearly half of all government appointments were merit-based; by 1990, more than 90% were. However, despite this expansion, the act protected the president's constitutional right to make appointments; presidents can determine certain positions that are exempt from civil service examination. The Pendleton Act has withstood the test of time because it balanced presidential power and established a meritocracy within the federal government.

The Pendleton Civil Service Reform Act was drafted as a solution to patronage appointments, under which cronyism and corruption flourished. The spoils system, or practice of campaign donors being appointed to a political office if their candidate won the presidency, came under renewed national scrutiny after the assassination of President James A. Garfield. Garfield was assassinated in 1881 by a man who believed Garfield owed him a political appointment. Although Garfield's assassin was mentally ill, his actions were certainly influenced by the political corruption of the day. Debate over the spoils system took center stage in the 1882 congressional election, with those in favor of reform handily winning a majority.

Democratic Senator George H. Pendleton introduced a reform bill, much to the chagrin of his party. However, the Pendleton Civil Service Reform Act easily passed both houses of Congress; on January 16, 1883 President Chester A. Arthur, who had been Garfield's vice president, signed the act into law. The Pendleton Act included several important provisions that dismantled the spoils system. The Pendleton Act required that certain government offices would hire applicants based on their success on a civil service exam, rather than a simple presidential appointment. This provision ensured people were hired based on their merit, not how much money they contributed to a party or candidate. The United States Civil Service Commission was also revived by the act, with the purpose of administering exams and protecting applicants from financial exploitation by political parties or candidates. The Pendleton Act also ensured government employees could not be fired for their political affiliation. Additionally, government employees who passed a civil service exam were protected from being fired by the next incoming president. As it was written, the Pendleton Act covered relatively few government offices. However, future presidents expanded the civil service exam and other protections to roughly 80% more federal employees.

What is another name for the civil service act?

The civil service act is also known by its formal name, the Pendleton Civil Service Reform Act. The act is named for one of its sponsors, George H. Pendleton.

What is the purpose of the Pendleton Act of 1883?

What was the Pendleton Act and why was it passed?

The Pendleton Civil Service Act was passed in 1883. Its purpose was to dismantle the spoils system and ensure civil servants were hired for their merit instead of their political affiliation.

Muckraker Articles & Examples | What is a Muckraker?