Tessa Mitchell, Chris Chouiniere
Learn about ''Petrushka'' a ballet composed by Igor Stravinsky. Find out about the clowns, puppets, and famous Russian dance, and study an analysis of the ballet. Updated: 08/25/2022

What is Petrushka about?

Petrushka is a Russian ballet and a piece of orchestral concert music created by composer Igor Stravinsky. The story of Petrushka centers on a love triangle involving three puppets, brought to life by a Charlatan (a magician) at his puppet theater during the 1830 Shrovetide Fair in St. Petersburg, Russia. The puppets are: a clown named Petrushka, a beautiful Ballerina, and a handsome Moor. The main character, Petrushka the clown, is in love with the Ballerina. However, the Ballerina only has affection for the Moor and does not reciprocate the same love for Petrushka. The ballet moves along by following the interactions between the three puppets. First, we see the Ballerina scared out of Petrushka's room by his overwhelming outbursts. Then we see the Ballerina dancing romantically with the Moor in his room, only to be interrupted by a rage-filled Petrushka. Petrushka then tries to attack the Moor but is defeated. The Moor proceeds to chase Petrushka out of the room and onto the stage for the final scene. The chase ends with the Moor killing Petrushka with his blade in front of everyone. Upon the death of Petrushka, the police question the Charlatan. The Charlatan holds up the body to remind everyone that Petrushka is just a puppet and no crime has been committed. As the Charlatan exits the scene, he visualizes the ghost of Petrushka above the theater, prompting him (and the audience) to question what is real and what is fantasy.

Petrushka received its world premiere with a run time of 34 minutes on June 11, 1911, at the Theatre du Chatelet in Paris, France. Igor Stravinsky is known as one of the leading composers of the 20th century. At the time of Petrushka, Stravinsky already had several pieces that had achieved notoriety. However, Petrushka specifically brought a more comprehensive blend of design, music, and dance together that would stand the test of time as an acclaimed work.

In the first scene, the audience is treated to one of the most notable dance performances of the piece. Set at the St. Petersburg fair, outside the Charlatan's puppet theater- the Charlatan begins to play a flute and the puppets magically come to life, quickly breaking out into an energetic Russian dance in the middle of the fair.

This Russian dance performance was based on the old Russian folk songs, "A Linden Tree in the Field" and "Song for St. John's Eve." Stravinsky was in his "Russian period" of style during this time frame and was heavily inspired by the artistic influence of the region. This was also a point in time where Modernism was finding its way into the art movement, with Stravinsky demonstrating this by incorporating traditional Russian folk dancing with his innovative take on the music composed for the piece.

Different instruments were used for different versions of the performances, first in 1911 and then in 1947. 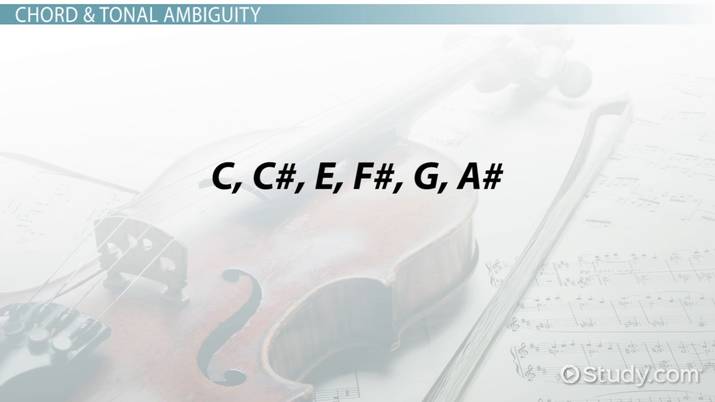 Try it now
Back
Coming up next: Fashion Design: Definition & Types

The rhythm used in Petrushka goes outside the parameters of what the traditional tonality for classical music of the time was. The tonality in Petrushka, which is the set of rules that dictates the pitch of a tone, specifically deviated away from how major and minor scales were being used at that time. Instead, Stravinsky used what is called the octatonic scale, which is based on an eight-note scale of alternating whole and half steps. Stravinsky also utilized a technique called polyrhythm, which is the use of two or more rhythms that conflict at the same time. For example, one line of music will be played simultaneously with another, creating a unique harmony. This technique was widely applied through the character of Petrushka, who would often be flailing about on stage, needing a more chaotic sound to accompany the emotions of the character.

The traditional tonic-dominant relationship of tonal music, which is the relationship between the first and fifth notes of a scale, was not the direction Stravinsky took when creating the music for Petrushka. Stravinsky incorporated the use of polychords, which is when two or more individual chords are played at the same time. By hitting the two major chords at once, it creates a more dissonant sound. Within the octatonic scale, the G note does not exist. So, Stravinsky thus decided to replace that missing note with a chord based on the augmented fourth, otherwise known as a tritone. For example, Stravinsky used the apposition of C major and F major to dominantly portray Petrushka's abrasive energy on stage (taking two chords a tritone apart that are stacked one on top of the other)- thus creating the label of the "Petrushka chord". Using this combination on the piano is also known as "black keys against white" in relation to the contrast. This ability to create such an almost uncomfortable relationship of sounds has led some to label the tritone the "devil in the music" due to the impactful nature of the technique.

The character depiction of Petrushka dominates the complexity of the use of rhythm and chords in Petrushka. He is depicted as an awkward, aggressive, and failingly obnoxious puppet. The sounds are consistent with the character's actions and emotions as he moves on stage through his negative experiences with the Ballerina and the Moor- almost as if the sounds are a soundtrack to what the character is experiencing on stage (love, jealously, rage, fear, etc). Stravinsky's music also elevates the level of suspense surrounding the fate of Petrushka as he goes through all his emotional sequences, ultimately to meet his own demise at the conclusion.

Petrushka was a musically innovative ballet composed by Igor Stravinsky. First performed on June 11, 1911 in Paris, France. Stravinsky used Russian dance influences with a touch of Modernism to create the captivating allure of the piece. What makes Petrushka stand out the most as a performance piece is the complex musical strategies used by Stravinsky. The traditional tonic-dominant relationship was not used within his composition of Petrushka. Instead, Stravinsky used polyrhythms to represent the emotions of Petrushka as the puppet flails about on stage. Within the octantonic scale, which is based on eight notes that alternate between whole and half steps, a G note does not exist. Stravinsky then used a tritone, or a note augmented on the fourth, to create a sound to replace that missing piece. Some refer to this as "the devil in the music" for the impactful dissonant sound it creates. By using the conflict of C major and F major, Stravinsky took two chords that were a tritone apart to create the "Petrushka chord" heard during the clown's chaotic performance on stage. Stravinsky was able to incorporate old world traditions with the use of modern musical innovations to captivate audiences with his imaginative story of Petrushka, solidifying him as one of the most influential composers of the 20th century.

What kind of character is Petrushka?

Petrushka is an awkward, abrasive, and chaotic character. His movements are often frantic, and he is described as "flailing" his body around on stage. As a character, he is meant to convey an array of human emotions such as love, jealousy, rage, and fear within the plot of the story.

What is the story of Petrushka?

Bolero Music & Dance | What is the Bolero?

Songs of the Renaissance: Madrigals and Vocal Parts

Thumb Piano: History, Music & Significance | What is a Mbira?