What is a Phosphodiester Bond?

Chemical bonds between atoms and molecules occur in several types and forms. Chemical bonding can occur in the form of ionic bonding, covalent bonding, or metallic bonding. Ionic bonds and metallic bonds occur as a result of electrostatic attraction between oppositely charged atoms or molecules, while covalent bonds occur as a result of atoms sharing a pair of electrons. Covalent bonds are especially abundant in organic molecules and are necessary for the formation of many molecules that make up living cells. An example of these bonds is a phosphodiester bond. What is a phosphodiester bond? It is a covalent bond between sugar and phosphates that is vital for the formation of the cell's nucleic acid content. 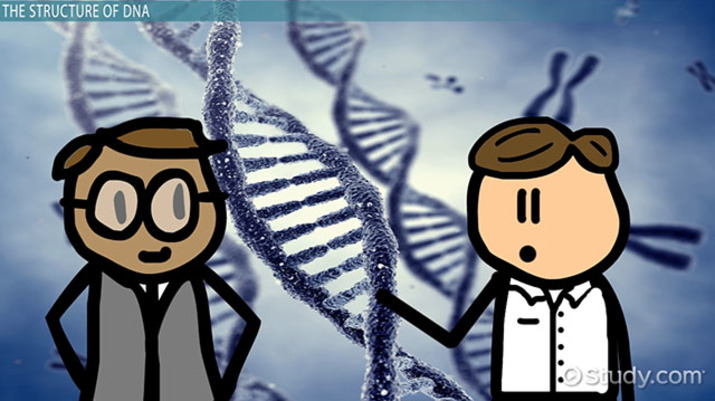 Try it now
Back
Coming up next: rRNA: Sequence, Function & Synthesis

Phosphodiester Bonds in DNA and RNA

Phosphodiester bonds are vital to maintaining the structural stability of nucleic acids. Nucleic acids can be in the form of deoxyribonucleic acids (DNA) or ribonucleic acid (RNA). DNA and RNA differ in structure, as DNA is a double-stranded ladder-like molecule while RNA is a single-stranded molecule. However, both structures contain the sugar-phosphate backbone that is brought about by phosphodiester bond formation. While a phosphodiester bond in DNA is vital to maintaining its structure, it needs to be easily broken down to facilitate a variety of cellular processes such as DNA error repair. DNA replication occurs prior to cell division, which is highly error-prone. The cell contains enzymes that repair the errors that occur but also need enzymes that are able to break the phosphodiester bond in order for the repair to progress. These enzymes are referred to as phosphodiesterase enzymes and conduct their function via hydrolysis, or the addition of a water molecule.

How Many Phosphodiester Bonds Are in DNA?

DNA is composed of nucleotides that contain nitrogen-containing bases. Nitrogen-containing bases can be in the form of adenine (A), thymine (T), cytosine (C), or guanine (G). In the case of RNA, thymine is replaced with uracil (U). DNA is a very long molecule; it is estimated that human DNA is composed of around 3 billion nucleotides. Therefore, the number of phosphodiester bonds present in DNA is proportional to its length and the base content. A formula has been worked out to calculate the number of bonds in a single DNA strand. This formula is:

The Importance of Phosphodiester Bonds

Phosphodiester bonds are found in every cell in the human body. Their importance in DNA and RNA structure is prominent as they are responsible for governing cell structure and function. A multitude of diseases can arise due to the malformation of proteins involved with phosphodiester bond formation and cleaving such as Lesch Nyhan syndrome.

Chemical bonding such as covalent bonds, where a pair of electrons are shared between atoms, are vital for cell structure and function. An example of covalent bonds in a cell is a phosphodiester bond, which occurs between sugar and phosphate in order to build the cell's nucleic acid. A phosphodiester bond occurs between nucleotides, monomers that build nucleic acid, to form the sugar-phosphate backbone. Phosphodiester bond formation occurs by the removal of a water molecule when 2 hydroxyl groups from 2 different sugars bond with a phosphate group, thus it is known as a condensation reaction. Nucleic acids can be in the form of DNA (ladder-like structure) or RNA (single-stranded structure), which are composed of nucleotides. Nucleotides in DNA are composed of phosphate, deoxyribose, and a nitrogen-containing base.

What is a phosphodiester bond in biology?

A phosphodiester bond is a covalent bond between phosphate and 2 sugars (hydroxyl groups). A covalent bond involves the sharing of a pair of electrons.

Why is a phosphodiester bond important?

A phosphodiester bond is vital for the maintenance of the structural stability of nucleic acids. Nucleic acids are in the form of DNA and RNA and are important for cell structure and function.

How do you identify a phosphodiester bond?

A phosphodiester bond is identified as a bond between 2 sugar hydroxyl groups and a phosphate group. It is found in DNA and RNA.

How is a phosphodiester bond formed in DNA?

A phosphodiester bond is formed between two nucleotides to form the sugar-phosphate backbone of DNA. This reaction occurs as a condensation reaction, where a water molecule is removed.

Polynucleotide Chain Structure & Overview | How do Nucleotides Link Together?

Polynucleotide Chain Structure & Overview | How do Nucleotides Link Together?