The phylum Echinodermata consists of invertebrate marine animals such as starfish, sea urchins, and sea cucumbers. The term echinoderm comes from the Latin roots of ''echino'' for spiny and ''derm'' for skin because the groups of Echinodermata are housed in a hard spiny coat or skin. Echinoderms have been present for over 500 million years, and there are currently 21 classes of Echinoderms that exist with over 6500 extinct species in the fossil record.

Echinoderms live mostly in the coral reefs of the Indian and Pacific oceans, but they can be found everywhere but in the Arctic Ocean. The free-floating larval stage during echinoderm reproduction permits the echinoderm species to disperse to all corners of the ocean. They typically display bright colors such as red, orange, greens, and purples. 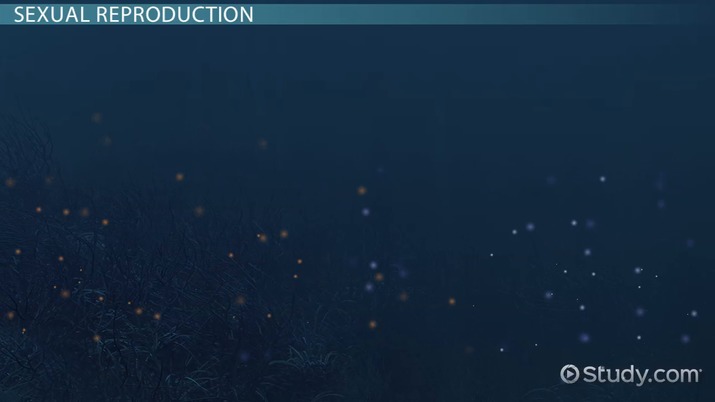 Try it now
Back
Coming up next: Echinodermata Circulatory System

Echinodermata includes a diverse class of creatures that include:

Sea lilies appear flowerlike with stems, while sea cucumbers appear wormlike and slimy. Sea urchins have spiked armor, and sand dollars are flat and round.

Echinoderms share common features across all classes. These include:

Echinoderms are also benthic, which means they mostly live on the ocean floor. Their diet consists of dead or decaying matter that falls to the seafloor and also preys on small organisms. Sea cucumbers, for example can reach depths of over 10,000 meters.

Depending on the species, echinoderm reproduction might occur sexually or asexually. Sexual reproduction between male and female creatures is the most common method. Asexual reproduction produces a new creature after a body part cleaves off from the main body.

How Do Echinoderms Reproduce Sexually?

How Do Echinoderms Reproduce Asexually?

How do starfish reproduce? They reproduce through asexual reproduction which involves the fragmentation of a body part followed by the regeneration of that body part. When a piece of the echinoderm cleaves off, it is able to grow again as long as a component of the body or disk remains.

Starfish or sea stars use podia, or extensions, to move. They feed on the ocean floor by moving over the top of their prey to digest it with enzymes. Starfish asexual reproduction occurs when a podia fragments off from the body, and that extension regenerates a new body from the cleaved portion. Starfish reproduction does not involve typical egg and sperm fertilization like some other echinoderms.

After sexual reproduction in echinoderms, the embryo will produce juveniles in two different ways. Indirect or direct development produces young echinoderms through a different pathway.

During indirect development, it is possible for the larva to progress to a juvenile in different ways. Small eggs with less yolk become free-floating larvae that become plankton and feed on small organisms. These larvae then metamorphose into juveniles over time. Larger eggs with more yolk content live as plankton and can survive on its own yolk material until it progresses to a juvenile. The planktonic larval stage allows echinoderms to disperse to many portions of the world.

Echinodermata is the animal phylum that consists of marine invertebrates such as starfish, sea cucumbers, and sea urchins. Echinoderms share features that include a hard or spiny covering to the skin, pentamerous structure, radial symmetry, endoskeleton, and a water/vascular internal system. They are benthic creatures that live on the ocean floor feeding on decaying matter or small organisms. Echinoderms often have podia, or extensions, that assist with movement.

Echinoderms reproduce most commonly through sexual reproduction. In sexual reproduction, males and females spawn by releasing eggs from the female to be fertilized by sperm. The success of spawning can be influenced by phases of the moon, water temperature, water salinity, and the amount of light in the water. Echinoderms can perform asexual reproduction by fragmentation and cleaving off a portion of its body to regenerate a new one. Indirect development of echinoderms does not involve parental involvement and consists of a larval stage. During direct development, the juvenile echinoderms remain inside or outside the parent body to be reared to adulthood.

Does echinodermata have separate sexes?

Most species of Echinoderms have separate sexes of males and females. They can reproduce sexually by fertilizing eggs with sperm. Other species are asexual and reproduce through fragmentation and regeneration.

Echinoderms reproduce asexually by dividing into two or more parts. After the fragmentation, they regenerate new structures. Some Echinoderms also have the ability to reproduce sexually as eggs and sperm are released into the water to be fertilized.