Christina Keathley, Michael Matott, Christianlly Cena
Learn what physiology is. Study the history of physiology, discover the fields of animal and human physiology, and examine physiology systems and functions. Updated: 02/28/2022

Many college programs focused on biology or human health require physiology courses. But what is physiology? Physiology is the study of functions within the body. It is largely focused on "how" questions, such as:

Physiology is a broad field that produces important findings for human health. It would be incredibly difficult to understand all aspects of the body's physiology. Because of this, it's broken into smaller, more specific fields. For instance, respiratory physiology is interested in the functions involved in breathing, while cardiac physiology is interested in the functions pertinent to the heart and circulatory system. This lesson investigates physiology in more detail to understand how it differs from similar fields, and how it is applied to systems and education.

A common topic in biological curriculum is often called "A and P," or "Anatomy and Physiology." While these terms are often seen together, they are not the same. Anatomy is the study of how parts of the body are shaped. For instance, it may be concerned with the shape of a joint or anomalies in the curvature of the skull. Anatomy is part of a larger field of study called morphology, which is interested in the shape and structure of bones and organs (their anatomy) as well as variations in numbers and organization of those structures.

Form gives rise to function. This means that the shape of a structure often coincides with its use. For instance, human hands are shaped for grasping and holding. Cat paws, while containing homologous (like) structures, are better suited for jumping, climbing, and tearing. Because the relationship between shape and function is so important, anatomy and physiology are often taught in conjunction with one another. The physiology definition may be concerned with how a joint moves, but the anatomy of a joint allows it to do so. 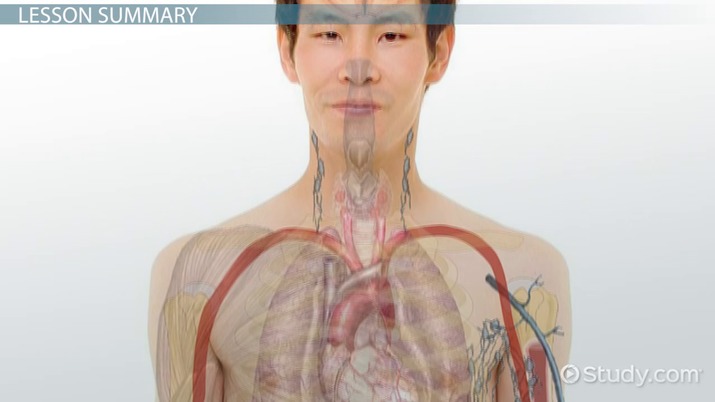 Physiology as a science can be traced back to ancient civilizations. In fact, evidence of physiological practices exists from ancient Egyptian societies and the Greek philosopher Hippocrates studied human systems prior to 400 BC. Despite its early origins, the term "physiology" wasn't officially coined until the early 1500's. Jean Fernal was the first to describe physiology as a proper field during his work on the human spinal canal.

Since it's description, famous physiologists have contributed key ideas to the field that act as central themes. In 1865, Claude Bernard introduced the idea of homeostasis. Homeostasis is the concept that life attempts to keep the internal environment (referred to as "milieu intérieur" by Bernard) as consistent as possible.

What is the study of physiology in ancient times compared to today? Modern physiology has expanded to answer more specific questions in ethical ways. Early investigations attempted on people were often viewed as unethical and dangerous. Because of this, physiology often implements model systems. Model systems are those that represent an aspect of human health for examination or experimentation without the need to potentially harm living individuals. Common models include mice, cadavers, and even (in today's world) computational models. These methods are also useful because they can be used to examine specific parts of physiology without having to consider the entire patient. For instance, a model can simulate a specific process in the lungs regardless of a potential issue in the kidneys that may somehow skew results. While animal model systems may offer important implications for human health, scientists must consider the differences between a specific animal's physiology and human physiology before making broad comparisons.

There are numerous physiological systems within the body, and they can be broken down into even smaller, more specific pathways when observing a specific process or action. Some of the most common physiologically defined systems in the body (and their descriptions) are highlighted in the table below.

Physiology is a broad field that is not exclusive to humans. In fact, it can be applied to a variety of organisms including animals, plants, and even microorganisms like bacteria. Physiological examples and questions are found wherever life exists.

Physiology is the study of function that is applied to living systems. It often coincides with anatomy, which is the study of how structures within living systems are shaped. Anatomy is part of a larger field of study known as morphology, which is interested in both the shapes and orientations of body structures. Because form and function are related, these fields are often studied together. They may be studied broadly (by looking at an entire organism) or on a finer scale (such as looking at individual cells, which are the basic units that compose living things).

Physiology has been practiced for thousands of years and was first coined by Jean Fernal in the early 1500's. However, the studies involved in physiology have existed long before its definition and ancient Greek physiology shaped studies that entered into Europe's renaissance. Since it's definition, key terms such as homeostasis (the ability of the internal environment, or "milieu intérieur" to remain constant) have been founded by prominent scientists such as Claude Bernard. Modern physiology often uses model systems instead of human subjects to examine specific systems, reduce the need to experiment on humans, and to simulate human physiology. Physiology is practiced in many fields and systems. It can also be applied to humans, plants, animals, and even microorganisms. Common fields include:

This activity will help you assess your knowledge of the definition and history of physiology.

For this activity, you'll need a printer to reproduce the following page. Search for and circle or highlight the words that will complete each of the given clues. Afterwards, neatly write them in the appropriate blank spaces in the clues.

What is the meaning and definition of physiology?

Physiology is the study of the function of living systems. It aims to answer questions surrounding how processes within living organisms work.

What are the types of physiology?

What is an example of physiology?

Hypodermis Overview, Function & Location | What is the Subcutaneous?

What is Plant Physiology? - Definition & Experiments

Feedback Loops in the Endocrine System