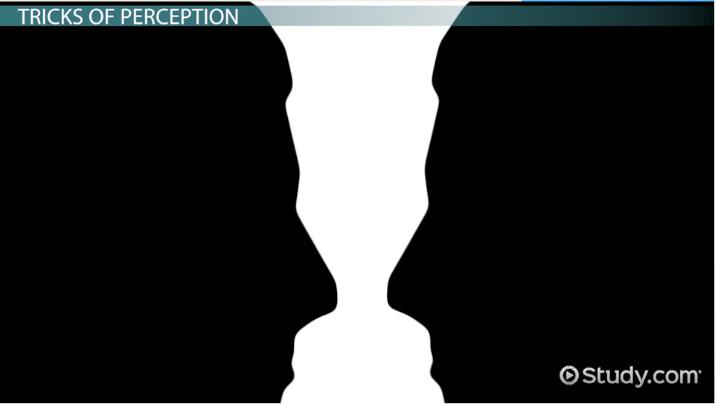 In painting, positive and negative space can have a profound effect on how people understand what they are seeing. One thing to keep in mind is that in painting in particular, negative space is often black or another color rather than white. Negative space painting is especially clear in paintings that utilize chiaroscuro, the interplay of light and shadows. This can increase the contrast in a work and help viewers focus on what is important in a piece. Negative space in painting can also lend a strong emotional quality to the work by putting increased emphasis on the subjects of the painting.

Positive and Negative Space in Composition

Figure and ground are two terms that are closely related to positive and negative space. The figure of a work of art is the subject of the piece, while the ground is the object against which it is framed. The figure-ground relationship is the perceptual distinction that viewers make between the subject and object of a work of art. This can result in some strange optical illusions when people have varied assumptions about the figure and ground (or the positive and negative space) in a work of art if the figure-ground relationship is ambiguous. A great example is the famous illusion of the vase and two faces. Depending on which part of the image is perceived as the figure and which is perceived as the ground, viewers might see a vase or they might see two faces looking at one another.

Gestalt psychology is a psychological theory that attempts to understand how visual perception works. The relationship between positive and negative space in art can lead to interesting visual tricks in the brain. For instance, in this image, many people will likely see a sea serpent. However, the image itself is just a few black lines in white space. The relationship between positive and negative space allows people to fill in the gaps and create a coherent image based on a fragmented knowledge of its parts. Optical illusions are the result of these kinds of perceptual tricks in which the image that people perceive is different from the object as it actually exists. Human brains are excellent at making these kinds of connections, which is part of what makes optical illusions so effective and so entertaining.

Understanding positive and negative space is important in art.

Use of positive and negative space is an important part of drawing, painting, photography, sculpture, and other art forms.

Vanitas Paintings in Northern Art | What is Vanitas?

Organic Shapes in Design: Definition & Use

Contrast in Art Overview & Concept | Contrast as a Principle of Design

Readymade Art Objects & Examples | What Is a Readymade?

Principles of Composition in Graphic Design