Copyright
Christine Liddell, Jessica Schubert
Learn about precedent’s definition in law and see legal precedent examples. Explore the first use of a precedent in a court case and its role in government. Updated: 01/10/2022

In law, precedent can be defined as a ruling that a court has already established. A precedent utilizes the cases and legal issues previously decided by a court in settling similar current legal matters. Typically, lower courts will follow the precedents set by higher courts, such as the Supreme Court or a court of appeals. Especially in the United States, precedents are heavily relied upon to ensure the consistency, predictability, and reliability of the judicial system.

Stare decisis is the doctrine of precedent. Stare decisis is Latin and the translation is "to stand by things decided". The doctrine of stare decisis "promotes the evenhanded, predictable, and consistent development of legal principles, fosters reliance on judicial decisions, and contributes to the actual and perceived integrity of the judicial process".

Presidents have a choice in whether or not they wish to follow the governmental precedents, such as those set by George Washington, and many choose to do so.

There are two types of precedents: binding and persuasive.

The characteristics of a precedent are that it must: 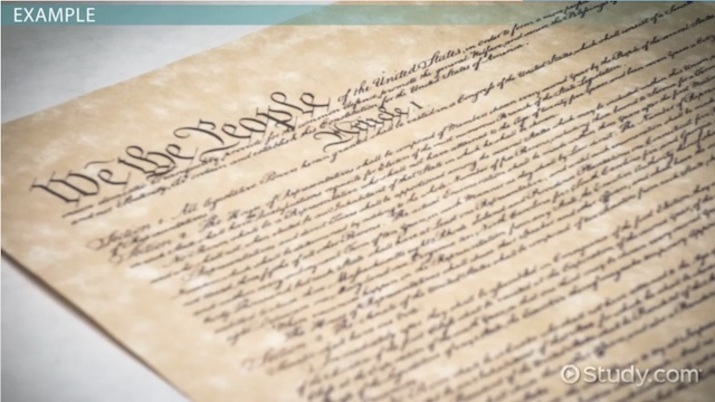 History of Precedents in Law

Stare decisis is an ancient practice and it is nearly impossible to determine the first time it was put into practice. However, a historic legal precedent example is in the report of Sir George Croke, one of the justices of the courts of the king's bench in 1584. Croke wrote that a case ought to rest in peace after being adjudicated.

Many cases have been settled on the basis of stare decisis. Below are various recent legal precedent examples:

Planned Parenthood of Southeastern Pennsylvania vs. Casey was a landmark case in the United States and perhaps the best known legal precedent example. This case was in response to the Pennsylvania Abortion Control Act of 1982, which sought to restrict abortions and had four provisions which included: a woman must notify her spouse of her intent to obtain an abortion, a waiting period of 24-hours that must be observed, the parents of minors had to consent in order for them to receive an abortion, and a woman must give her informed consent before going through with the procedure.

It was argued that the Planned Parenthood vs. Casey case violated the ruling of Roe v. Wade, a famous case in 1973 which declared that laws banning abortion violated the US Constitution. The Supreme Court upheld the precedent established by Roe v. Wade and reaffirmed a woman's right to have an abortion without undue burden.

In 1896, the Supreme Court of the United States made a landmark decision that upheld the concept of separate but equal and affirmed racial segregation.

The case originated when a railway company decided to provide Caucasian workers and African American workers different accommodations in the Louisiana Separate Car Act of 1890. A mixed-race man by the name of Homer Plessy sued. The case was brought before the Supreme Court where it was ruled that although the 14th Amendment established legal equality and citizenship for all people born in the United States, including former enslaved people, it did not guarantee social equality. The court decided that the accommodations for different races were allowed to be separate as long as they were equal.

The Plessy v. Ferguson decision was used to justify segregation for over 50 years. In 1954, the case of Brown v. Board of Education of Topeka challenged the precedent set forth in Plessy and overturned the ruling. The Brown case established that segregated schools were inherently unequal, which violated the Constitution. The Brown case was monumental and it is one of the few cases where the Supreme Court overruled its own precedent.

In 1963, a man named Clarence Earl Gideon was charged with a felony in Florida. When Gideon arrived at court, he requested that the court appoint counsel for him because he couldn't afford an attorney. The judge denied Gideon's request because Florida law stated at the time that only those charge with capital offenses were able to obtain free legal counsel. Gideon, a man with an eighth-grade education, was therefore forced to represent himself in court. He lost his case and was sentenced to five years in prison. Gideon petitioned the Supreme Court as post-conviction relief.

The Supreme Court ruled in Gideon v. Wainwright that impoverished defendants must be provided counsel. This ruling set a new precedent and overruled the previous precedent set in 1942 in the Betts v. Brady case, where it was ruled that not providing indigent defendants counsel did not violate the due process clause of the Fourteenth Amendment's due process clause.

A precedent is the use of prior cases and rulings to make decisions about current cases. Judges look to past rulings to make determinations about their current case. Another phrase for legal precedent is stare decisis, which is Latin for "to stand by things decided". Precedents are beneficial in that they allow the courts to be consistent, predictable, and reliable. Precedents can be binding, meaning they must be followed, or persuasive, where there is a choice to follow the precedent or not. In the case of Planned Parenthood of Southeastern Pennsylvania vs. Casey, the doctrine of stare decisis was utilized and the precedent established in Roe v. Wade was upheld. New precedents can also be set, such as in the cases of Brown vs. Board of Education of Topeka and Gideon v. Wainwright.

What is meant by precedent in English law?

What is a precedent in law example?

A precedent in law example is the case of Planned Parenthood of Southeastern Pennsylvania versus Casey. This case used the precedent set by Roe vs. Wade to make its determination.

A precedent is when a case or legal issue has previously been decided in court. The use of precedents allows courts to be consistent, predictable, and reliable.

How is precedent used in court?

A precedent is used in court to make determinations on current cases using prior rulings. A precedent is also known as stare decisis, which is Latin for "to stand by things decided".

What Is Administrative Law? - Definition & Examples

What is a Statute? | Statute vs. Law

What Does Distinguish Mean in Law?

What Is Common Law? - Definition & Examples