Jenna Mellentine, Danielle Haak
Explore the benefits of protists. Learn the definition of a protist and understand why protists are important. Discover interesting facts about protists. Updated: 08/06/2022

Protists are a kind of life traditionally classified in the kingdom Protista. Newer taxonomic organizations will classify some protists in the kingdom of Chromista, but they are still protists. Most protists are unicellular; however, they can be multicellular organisms. Protists are not plants, animals, or fungi, although certain types of protists will have characteristics in common with these organisms.

Protists are eukaryotes, meaning they have eukaryotic cells. Prokaryotes have prokaryotic cells and include the kingdoms of bacteria and archaea. Eukaryotes include protists, plants, animals, and fungi. While all cells have some structures in common, eukaryotic organisms have structures in their cells that prokaryotic organisms do not. These are specialized structures like a nucleus and organelles. Additionally, some protists have cell walls like bacteria and plants. 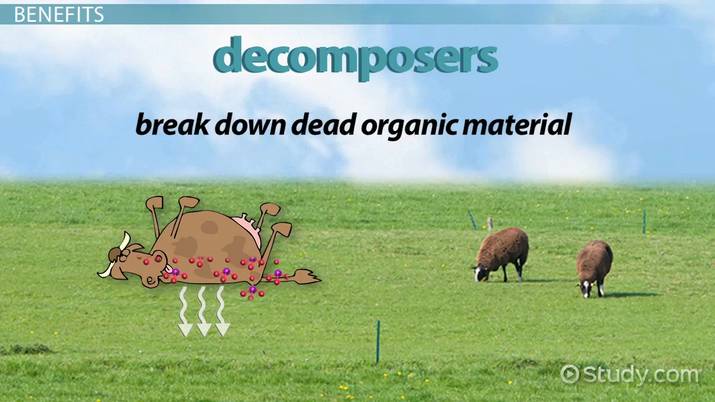 Try it now
Back
Coming up next: Colonial Protists: Definition & Examples

What Do Protists Do?

One-celled protists live abundantly in the Earth's oceans. These protists live near the ocean surface as autotrophic phytoplanktonic organisms. An autotroph has the ability to make its own food through photosynthesis and is a primary producer in food webs. Plankton is not a specific organism and can be plants, animals, protists, bacteria, and archaea. Not all phytoplankton are protists and can include plants and bacteria. Phytoplanktonic algae that live near the surface of the ocean are protists. It is often mistaken for a plant because of its ability to make oxygen and cell structures such as chloroplasts and cell walls.

All phytoplankton, including phytoplanktonic protists, produce oxygen for Earth. These organisms use solar energy and their special organelles, known as chloroplasts, to photosynthesize and make sugar. Oxygen is produced as a waste product from this process and released back into the environment, where it diffuses into the atmosphere.

Protists that live on land can be found in soils and wooded areas. Decomposers known as slime molds are protists often mistakenly confused with fungi. Slime molds are unicellular organisms that often live in the soil, and when nutrients become scarce they can become multicellular organisms that live in a fruiting body or colony-like structure. This is when they are often spotted and confused with mushrooms.

Some protists are not good for nutrient cycling or human benefit and cause disease. A well-known example of such a protist is the parasite that causes malaria. This is caused by the protist, Plasmodium Protozoa.

Why Are Protists Important?

Plant-like protists are important to life on Earth as oxygen producers. Protists that live in the ocean are plant-like plankton, known as algae. These algae are unicellular organisms such as diatoms and dinoflagellates. These organisms contain chloroplasts in their cell, like plants. In turn, they produce oxygen. It is estimated that at least half and possibly more of the oxygen on Earth is produced in the ocean by phytoplanktonic organisms. These protists contribute to that oxygen production along with other phytoplanktonic organisms like plants and bacteria that can photosynthesize.

How Are Protists Helpful In Our Environment?

Protists are helpful to the environment as oxygen producers and as nutrient and chemical recyclers.

Photosynthetic protists produce oxygen through photosynthesis. Like plants, these protists have chloroplast organelles with chlorophyll pigments that absorb solar energy. They use this solar energy and intake carbon dioxide to make sugar to store energy. Oxygen is a product of the reaction. Additionally, these protists are a large part of the oceanic food web and are consumed by heterotrophic organisms like zooplankton, fish, shrimp, mussels, and even whales.

Protists that are decomposers, like slime molds, can live as a multicellular fruiting body or colony on rotting wood and rotting plant debris. They ingest bacteria as well as dead and decaying plant matter. Decomposers break down complex nutrients and molecules into simpler, less complex nutrients that can be ingested and used by other organisms. In this way, they are helpful nutrient recyclers. Additionally, slime molds are part of the food web, and are consumed by other organisms such as nematodes and beetles.

How Can Protists Benefit Humans?

Protists can be used in the scientific study of medicines for human diseases. Protists have been used to make medicines to treat high blood pressure, arthritis, and other afflictions.

Diatoms have a siliceous shell that can be collected from the ocean when they die. These are abrasive and can be used for diatomaceous earth and other abrasive materials.

Protists can have internal or external digestion processes. Some protists like photosynthetic plankton, make their own food with the help of solar energy. Other protists ingest their food and digest it inside their cell. Other protists surround their food and engulf it with their bodies. They secrete enzymes to help digest the food.

Slime molds, even when large, can still sometimes be unicellular, or acellular (lacking cells). These organisms are one large cell with multiple nuclei. Known as Plasmodial slime molds, they become large cells with up to thousands of nuclei. These are the largest undivided cells discovered. Cellular slime molds can become multicellular fruiting bodies or colony-like structures.

Protists are mostly unicellular organisms; they can be multicellular but have no tissue differentiation. They can be plant-like, animal-like, or fungi-like, but are not considered any of these. Protists are eukaryotes which means their cells have a nucleus and specialized organelles. Eukaryotes include protists, plants, animals, and fungi. Prokaryotes have no nucleus or organelles and include the kingdoms of bacteria and archaea.

Autotrophic protists like plant-like phytoplanktonic algae make their own food with solar energy and along with other phytoplankton produce at least half the oxygen on Earth. Heterotrophic protists like some zooplankton consume other organisms, including phytoplankton. Protists are a large component of the food web, with some being producers and others consumers, as well as being consumed by others. Protists such as slime molds are decomposers, which help nutrients get broken down and recycled for other organisms to use. Some protists even produce beneficial chemicals that can be used for medicines and food additives.

How are protists important to humans?

Protists can benefit humans in overlooked ways. If a manufacturer uses carrageenan in its ice cream, it may be more pleasing to consume because of the emulsified texture. Additionally, protists can be used for advancement in medicines with afflictions like arthritis and high blood pressure.

What are two good things about protists?

Two good things about protists are they help make oxygen and they help decompose. Photosynthetic protists contribute significantly to the amount of breathable oxygen on Earth, while decomposing protists break down nutrients and make them usable for other organisms.

Try it now
Back
Create an account
Protists Facts, Benefits & Importance | What do Protists do?
Start today. Try it now
Microbiology: Tutoring Solution

Protists vs. Bacteria | Are Protists Prokaryotic or Eukaryotic?