The definition of a variable in the context of a research study is some feature with the potential to change, typically one that may influence or reflect a relationship or outcome. For example, potential variables might be time it takes for something to occur, whether or not an object is used within a study, or the presence of a feature among members of the sample.

Within research, independent and dependent variables are key, forming the basis on which a study is performed. However, other types of variables may come into play within a study, such as confounding variables, controlled variables, extraneous, and moderator variables. 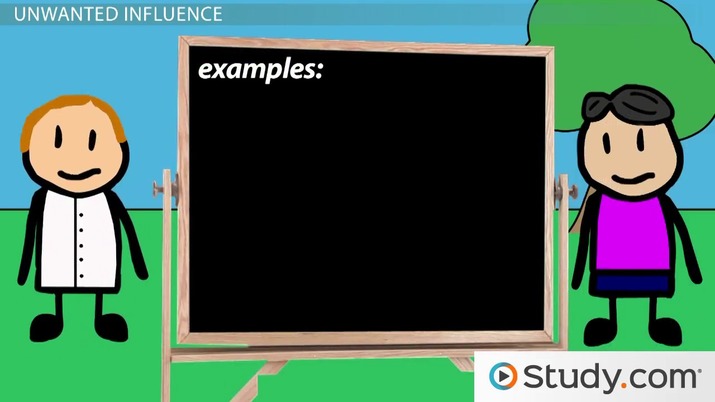 Coming up next: The Literature Review Process

A dependent variable is one being measured in an experiment, reflecting an outcome. Researchers do not directly control this variable. Instead, they hope to learn something about the relationship between different variables by observing how the dependent variable reacts under different circumstances.

Although "dependent variable" is the most commonly used term, they may also be referred to as response variables, outcome variable, or left-hand-side variable. These alternate names help to further illustrate their purpose: a dependent variable shows a response to changes in other variables, displaying the outcome.

One example of a dependent variable would be a student's test scores. Several factors would influence these scores, such as the amount of time spent studying, amount of sleep, or the stress levels of the student. Ultimately, the dependent variable is not static or controlled directly, but is subject to change depending on the independent variables involved.

Examples of Independent and Dependent Variables in Research Studies

Many research studies have independent and dependent variables, since understanding cause-and-effect between them is a key end goal. Some examples of research questions involving these variables include:

Other Types of Variables in Research

While the independent and dependent variables are the most commonly discussed variables in research, other variables can influence outcomes. These include confounding, extraneous, control, and moderator variables.

Identifying the confounding variable(s) and handling them helps to ensure that the relationship being observed between independent and dependent variables is real, and that the results of a study are valid. Validity refers to the closeness of results between repeated experiments. If another researcher were to repeat the initial experiment, they may or may not obtain the same (or similar) results.

A common example is the correlation between ice cream sales and crime rates. Since both go up at the same time, it might be easy for a researcher to assume that a relationship exists between the two: perhaps eating ice cream causes crime, or there's some other nefarious connection between the two. However, the real cause is a confounding variable, temperature. Ice cream sales go up when it is hot outside, and so does crime.

A control variable is something the researcher manipulates in order to keep it constant between conditions, allowing the results to be more homogeneous and/or valid by preventing it from becoming confounding. For example, in an experiment about the effect of temperature on plant growth, researchers would want to keep variables such as the amount of water and soil type the same for every plant in the experiment. Otherwise, these variables would influence growth, becoming confounding variables.

What is dependent and independent variable in research?

What are variables in research examples?

A variable is something that can be measured in a study or experiment. The independent and dependent variable are vital to the understanding and development of research.

Importance of Employee Development in Healthcare

Selecting a Problem to Research

What Are The Different Kinds of Research Methods?

An Overview of Qualitative Research