What is Scientific Explanation?

Science is a systematic approach to understanding the physical world. Observations and experimentations are at the heart of all scientific studies. Scientists must design and conduct their research in a manner that minimizes the insertion of bias so their conclusions can reveal general truths about how the world works. Science consists of three overarching fields:

Scientists within each field review the work of each other to ensure all research is conducted in a professional and replicable manner that is free of bias. It can take many years for scientists to publish their work in a peer-reviewed journal (e.g., Proceedings of the National Academy of Sciences, The New England Journal of Medicine). If fellow scientists find flaws with the research design or believe the researcher made unfounded conclusions, the peer-review team will direct the researcher to correct those mistakes (e.g., re-conduct a part of the experiment).

What is a scientific explanation? It is the outcome of all scientific investigations that follow a systematic approach (often via the scientific process) for recording observations and measurements during a bias-free experiment or non-experimental study. Scientific explanations can be theoretical in nature, like Einstein's Theory of Relativity, offering hypothetical explanations of cause and effect relationships based on carefully analyzed data. Additionally, scientific explanations can yield answers to questions such as how to treat Alzheimer's Disease or how to create biodegradable plastic bags. Scientists continually conduct research under different circumstances to acquire answers for a myriad of questions that interest the human society. 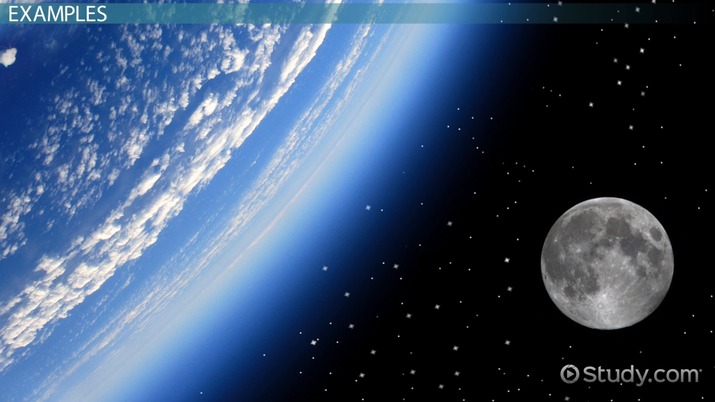 Try it now
Back
Coming up next: Important Characteristics of Scientists

In order to form a scientific explanation, modern scientists first employ the scientific process (or scientific method) to guide their investigations and form a hypothesis. The Dutch physicist Christiaan Huygens initiated the process in the mid-1600s during the Renaissance. The scientific process equips researchers with a systematic approach to learning how a natural phenomenon could occur and consists of the following six steps:

1) Ask a question / Identify a problem

The question could be as innocent as why the sky is blue or as far-fetched as whether time travel is possible. Alternatively, the researcher may want to understand how a kidney cell mutates into a cancerous tumor.

To develop a hypothesis for testing purposes, scientists must collect as much information as possible that is already known about the topic they wish to research. Thus they scour the library shelves and interview topical experts to understand the intricacies of their research focus.

During the experimentation stage, scientists will test their hypothesis in a laboratory setting or in the field. The traditional laboratory experiment has a control group and a test group. In such settings, scientists will manipulate only one factor at a time. Such an approach ensures the scientist can definitively say what factor is responsible for any statistically significant difference observed between the control and test groups.

Some studies, however, have a non-experimental focus and may not require control and test groups. During non-experimental studies, scientists observe and record pre-determined variables that will help them prove the alternative hypothesis is true. For instance, a behavioral ecologist may track the number of interactions between a silverback gorilla and a baby gorilla within a given troop to learn how much involvement the patriarchs have in nurturing their offspring.

5) Analyze the data and form conclusions

Once pleased with results of their investigation, scientists finalize their hypothesis, write a technical report about their research process, and submit it to a peer-reviewed journal for review and hopeful publication.

Note how scientific explanations result from a systematic, investigative process that others can replicate, thereby generating the same evidence for a given natural phenomenon. Dogmatic explanations, in contrast, appeal to intuition. They are linked to religious or philosophical beliefs that lack verifiable evidence and are not subject to questioning. Since the days of the Renaissance Period, scientists have strived to counter dogmatic thinking by engaging in thoughtful debates, continually sharing their observations and experimental data from carefully crafted research. Scientists engage in data sharing in order to collectively uncover new understandings of our world and universe.

A classic example of scientific explanation is the theory of classical conditioning. Ivan Pavlov was a physiologist in Russia during the 1890s. His initial research goal was to prove that dogs salivate more when food is presented to them. After a laboratory assistant repeatedly brought food to the experimental dogs, however, Pavlov discovered that the dogs began salivating when they heard the assistant's footsteps. This accidental discovery immediately became the focus of Pavlov's future research.

Other examples of scientific explanation include the following:

There are two other methods developing a scientific explanation. Probabilistic methods follow the scientific method but set forth statistical probabilities for what could happen if certain conditions exist. Functional methods appear commonly in the biological and social sciences because these disciplines seek to understand what the function, or purpose, is of a specific system or structure. Dogmatic explanations are not rooted in science and lack substantiated proof, or evidence of any kind, for why a specific phenomenon occurred. Examples of scientific explanation include the theory of conditioned response, theory of gravitation, why the sky is blue, and how water droplets form.

What is the meaning of scientific explanation?

The meaning of a scientific explanation is that researchers proved a hypothesis to be correct about why a specific phenomenon occurs, such as why the sky is blue. The more times the hypothesis can be proved correct under different circumstances, the more evidence exists for that scientific explantation.

What are the elements of a scientific explanation?

How do you write a scientific explanation?

This FAQ needs to be removed because it is the exact same as the first FAQ that I already answered.

What is an example of a scientific theory?

What is the process for creating a scientific explanation?

Scientists typically use the hypothetico-deductive method to develop a scientific explanation. Also known as the scientific method, it includes six steps: 1) ask a question; 2) collect background information about the question; 3) form a hypothesis (predict what the causal effect will be); 4) test the hypothesis; 5) analyze the data and form a conclusion; 6) finalize the hypothesis.

Scientific Models Use & Importance | Why Do Scientists Use Models?

Causation in Statistics: Overview & Examples | What is Causation?

Scientific Models Use & Importance | Why Do Scientists Use Models?

Causation in Statistics: Overview & Examples | What is Causation?