What Is Psychoanalytic Theory?

Psychoanalytic Theory is part of a collection of psychological theories and therapeutic techniques originating in the works of Sigmund Freud, who developed Psychoanalytic Theory, coining the term ''psychoanalysis'' in 1896. The theory encompasses the idea that all people have unconscious thoughts, memories, emotions, and desires, and that therapy should be used to access the mind's repressed feelings and experiences. Only then will the patient experience cathartic healing of the mind.

In addition to Sigmund Freud, there have been many significant contributors in the field of Psychoanalytic Theory: 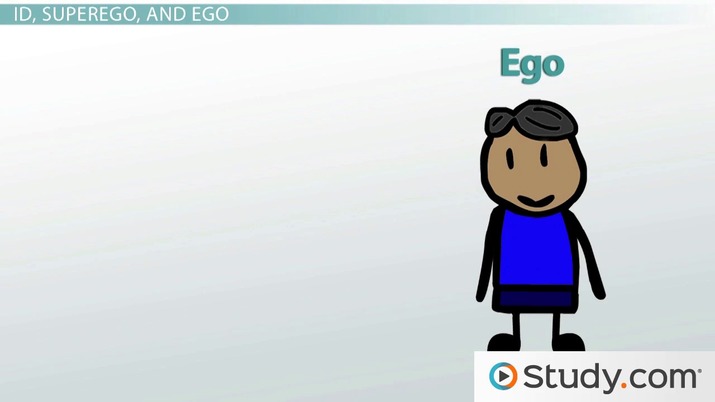 Try it now
Back
Coming up next: Erikson's Stages of Psychosocial Development: Theory & Examples

Sigmund Freud was the creator of psychoanalysis, a treatment for mental illness, and the developer of human behavior theories. Sigmund Freud's Psychoanalytic Theory states that human personalities evolve through a series of phases: the Id, the Ego, and the Superego. According to Freud, these phases are developed by the unconscious mind's inner struggles; he theorized that there are three levels of consciousness: consciousness, preconsciousness, and unconsciousness. He believed these three levels also influenced the Id, the Ego, and the Superego. Most of his research was based on his observations in the field of hysteria, now called post-traumatic stress syndrome.

Sigmund Freud's Psychoanalytic Theory of Personality states that there are three separate aspects of human personality that work together to form its substance: the Id, the Ego, and the Superego. These Freudian personality types form the basis of human thoughts and emotions, beginning in the mind and emerging through psychoanalytic therapy and drawing on the patient's expression of past experiences that may have been repressed. Freud's process of delving into the minds of his patients included such techniques as inkblots, dream analysis, free association, and parapraxes, also known as Freudian Slips.

Freud believed that a person's ego operates in three states of the mind: conscious, presconscious, and unconscious. The conscious consists of the meager amount of mental activity of which humans are aware. The preconscious is made up of things we could be aware of if we made the effort. The unconscious is comprised of things we are not aware of and do not have the capability to become so.

Freud's model of the mind as an iceberg places the conscious at the iceberg's tip; it includes the thoughts and events that are our current focus. The preconscious consists of everything we can recover from our memories; it is the level below the conscious. Below that lies the unconscious, where everything we can never be aware of is stored: memories, instincts, and a variety of fears. At the base of the iceberg, the Id resides, an extension of the unconscious mind that is home to the two types of instincts: Eros (life instinct) and Thanatos (death instinct). These two instincts battle one another in the psyche's battle to survive and to self-destruct, coming into play in Freud's Drive Theory.

The Id is the part of the human mind that contains all of the human mind's psychic energy, forming the personality's main component and residing in the human mind since birth. The Id is completely unconscious, based on the drive to survive, and encompasses all of a person's behaviors, both primitive and instinctive. An infant and its refusal to quiet until its needs are met, particularly hunger or thirst, is a solid example of the Id, its derivation from the pleasure principle, and its impact on daily life.

According to Freud, the Ego is derived from the Id and bears the responsibility of providing the mind's ability to cope with reality. The Ego's operation is based on the reality principle, which attempts to quench the Id's desires in realistic ways by weighing both the pros and cons of impulses before deciding to either satisfy or discard them. The Ego also contains defense mechanisms, which are ways that it safeguards the mind from anxiety. The Ego might present itself while a person is sick and in the hospital. The patient might want to go home, believing there is nothing wrong, so the Ego would decide that the patient should remain in the hospital to get well instead of leaving and prolonging the illness.

Emerging at five years of age, the Superego a person's sense of right and wrong as learned from parents and society. It contains two parts: the conscience and the ego ideal. The conscience contains thoughts of unacceptable behavior, possible punishments, and guilty feelings. The ego ideal is made up of the behavioral standards that the ego aims to exhibit. The ego acts as a suppressant for those behaviors, attempting to civilize human thoughts and actions. If a person is in a hurry and is tempted to drive through a red light, the Superego would work to influence that person to stop by reminding them of the potential for an accident by disobeying the traffic light's command to stop.

What is Freud's Psychoanalytic Theory of Development? Freud believed that there are five stages of psychosexual development:

Freud's Aggression Instinct Theory Freud's view was that all human behavior originated from Eros, the life instinct that assists with reproduction; he later added Thanatos, the death instinct, to his theory. He believed that human aggressive behavior was necessary to human survival and reproduction. He also thought that aggression was biologically inherited and expressed both internally and externally.

Freud's Drive Theory, also called the Theory of Instinctual Drive, was developed by Sigmund Freud to help people understand aggressive behavior. According to Freud, the human body is constantly in search of a homeostatic state and, when that state of being is upset, the body then develops appetites for sexual and aggressive urges and searches for the satisfaction of those urges to return to the homeostatic state. The stages of these drives come into play in those of Freud's Psychoanalytic Theory of Development.

Several pioneers in the field of psychoanalysis subscribed to Freud's theories and modified them to create their original ideas of psychoanalytic development and the human personality. These followers were known as Neo-Freudians, of which the following four are the most notable:

There have been criticisms of both Freud's Psychoanalytic Theory and Psychoanalytic Theory in general. As one of the primary objectives of psychological science is to predict human behavior, Freud falls short in that he only explains but does not predict human behavior. Because the human mind is hard to test and measure objectively, Freud's theory is considered to be unfalsifiable, meaning that it can be neither proven nor refuted. It is believed that Freud did not broaden his base of studies, mostly studying middle-aged women and only one child; it is also theorized that Freud only gleaned information from his studies that supported his theories. While evidence has been found that supports some of Freud's ideas concerning oral and anal personalities and depression and paranoia, there has been very little evidence to support his Oedipus Complex theory and none at all to support his views on the differences in the sexual development of males and females.

Sigmund Freud is considered the father of psychoanalysis and has contributed many theories concerning human behavior and personality development. Although his work has given rise to both supporters and critics alike, his significant additions to the field of psychology have inspired others in the same field to both study his work and put it into practice for the assistance of people in need of psychological help. His creation of psychoanalysis remains a legacy in the exploration of the human mind.

What is Freud most famous for?

Sigmund Freud is most famous for coining the term "psychoanalysis" and his many theories concerning the development of the human personality, its levels of consciousness, and the origins of its behaviors.

What does the psychoanalytic theory focus on?

The theory encompasses the idea that all people have unconscious thoughts, memories, emotions, and desires and that therapy should be used to access the mind's repressed feelings and experiences. Only then will the patient experience a cathartic healing of the mind.

What is psychoanalytic theory according to Sigmund Freud?

Sigmund Freud's Psychoanalytic Theory states that human personalities evolve through a series of phases: the Id, the Ego, and the Superego. According to Freud, these phases are developed by the unconscious mind's inner struggles; he theorized that there are three levels of consciousness: consciousness, preconsciousness, and unconsciousness.

Freud's Theory of Personality Development | Stages & Components of the Mind

Identifying Competency Gaps in the Workplace

Cognitive Impairment & Disorders | What is a Cognitive Disorder?

Studying the Unconscious in Personality Psychology