Sayuri and some of her relatives ate chicken salad at a family gathering. Little did they know that the mayonnaise used to make the chicken salad was contaminated with the bacteria Salmonella enterica. Consuming Salmonella can cause a diarrheal illness called salmonellosis. Sayuri got sick that night, and her cousin got sick the next day, but her brother and two aunties never got sick at all. Not everyone who ingests Salmonella will get sick. For the people who do get sick, it may take hours to days to show symptoms.

An infection is an illness caused by a harmful microscopic organism that invades the body, called a pathogen, such as a bacteria, virus, parasite, or fungi. Various factors can affect whether someone becomes ill from pathogens, like its infectivity (how well it multiplies in the body), pathogenicity (its ability to cause disease), and virulence (how well it causes severe disease). The immune system of the person being infected also plays a huge role in the process of infection. If the immune system is able to fight off the pathogen before it can establish an infection, no signs of disease will occur.

When a pathogen gets inside of the body, one of the first things it does is multiply. A few pathogens are rarely enough to cause illness, so they have to build up their numbers. It is kind of like how it would be futile to attack a castle with just a handful of warriors. The few warriors would be devastated by castle defenses. But, laying low until enough troops are gathered and then approaching the castle with ten thousand warriors would be quite formidable. This analogy describes incubation, where the invader is present and expanding its numbers, but not yet formidable enough to cause symptoms.

Whether or not a person can spread the infection to other people during the incubation stage depends on the pathogen. For example, influenza is not contagious until someone is symptomatic, chickenpox is contagious a few days before someone shows signs of illness, and a person with human immunodeficiency virus (HIV) is contagious shortly after infection, before they even know they are sick.

The duration of incubation varies based on the type of pathogen. Incubation can last hours, days, months, or (rarely) years. Salmonellosis usually makes someone ill within two days. Chickenpox has an incubation period of two to three weeks after exposure. Hepatitis B may take two or three months before symptoms emerge, while someone with HIV may be asymptomatic for several months or years.

The prodromal stage is an intermediate period between incubation and illness. During this stage, pathogens continue to multiply but are still not formidable enough to cause fulminant illness. A person also begins to show signs of illness, but the symptoms are mild and not very specific or diagnostic. Prodromal symptoms vary based on the type of infectious disease but generally indicate early immune activation and include malaise and fever. The duration of time can vary, but the prodromal stage tends to be shorter than the incubation period. A person is contagious and can transmit an infection to others during this phase.

When a person is highly contagious and experiencing fulminant symptoms, they are facing the period of illness. Microbial replication steadily increases during this stage and includes the peak of infection, called an acme point. Duration of illness and signs and symptoms vary widely based on the pathogen and infectious disease it causes. For example, if someone has influenza, they will experience the full symptoms of a flu, including fever, body aches, cough, and fatigue. If someone has rabies, they will show symptoms of fulminant lyssavirus encephalitis, such as hydrophobia, delirium, agitation, and coma.

Once the acme point is reached, invading pathogens decrease in the body as the immune system combats the infection during the period of decline. Symptoms start to wane; however, a secondary infection may develop due to stress on the immune system from combating the primary infection. For example, as someone recovers from the flu, which is a self-limiting viral illness, they may develop a secondary bacterial pneumonia.

The final stage of infection is called the convalescent period and is typically a period of recovery and return to the pre-illness state. Microbial replication has halted thanks to the immune system, but a person may still be contagious during convalescence, depending on the pathogen. However, not all persons will make it to convalescence or even fully recover. 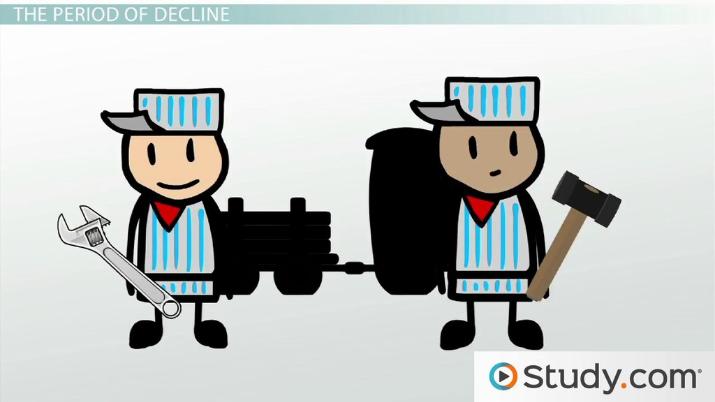 Coming up next: The Different Routes of Infectious Disease Transmission

Sometimes, a secondary bacterial infection can cause unexpected decline and death during the period of illness, period of decline, or the convalescent period. Some illnesses have no convalescent period, like primary amebic encephalitis and rabies, which are fatal. Other illnesses, like bacterial meningitis, cause brain inflammation that leaves a person with permanent impairments despite recovery from the infection. Infections may also cause irreversible scarring or damage to tissues in different body systems like the lungs, heart, bowel, skin, or eyes.

How stages of disease caused by infectious organisms play out is largely dependent on the pathogen someone has contracted. Infectious diseases may be acute, chronic, or latent.

When someone contracts an illness from an infectious microorganism, they will generally experience five stages of infection. The first stage is called the incubation stage, a period of incubation where microorganism counts are low in the body and symptoms are not yet present. After the incubation stage comes the prodromal stage, which is a short period of time where someone feels mildly ill but has not yet developed a fulminant illness. Microorganism count is still low during this stage but is steadily increasing, and a person can transmit the infection to others. The period of illness occurs after the prodromal stage and involves an increasing microbial count correlating to the peak of illness, called an acme point. During the period of illness, a person experiences fulminant symptoms and is very contagious.

Next comes the period of decline, where symptoms improve as microorganism counts in the body decrease, followed by the convalescence period, which is the recovery period. By this point, the immune system has the infection under control, and the pathogen can no longer increase its numbers and replicate. Usually, a person returns to their pre-illness state during convalescence. However, some individuals may not survive convalescence if an infection is severe or, if they do, may have permanent impairments. Depending on the pathogen, a person may still be contagious during convalescence. How someone experiences the stages of infection depends on their immune system and the type of pathogen they are infected with. Some people may not show signs of illness, may have a longer or shorter incubation period, or may recover more quickly than others.

What are the stages of infection?

When someone contracts an acute infection, they will experience five stages of infection:

What are the types of disease?

There are three types of diseases, which each have different stages of illness. Acute diseases are short-lived and present with incubation, prodromal, illness, decline, and convalescent stages. Chronic diseases are long-term illnesses that do not resolve because the immune system cannot clear the pathogens, leaving a person perpetually stuck in the period of illness. Latent illnesses are similar to acute diseases, except the microorganism, usually a virus, hides in the body as a latent infection after convalescence, reemerging months or years later.