Copyright
Steve Wiener, Christopher Sailus
Explore statehood in the United States, including a definition of the term, eligibility requirements, and the process for a territory to become a state. Updated: 11/02/2021

What is Statehood in the U.S.?

The original thirteen colonies gained statehood upon ratification of the Constitution of the United States. Delaware was the first to do so. Thirty-seven more states were admitted to the Union under Article IV, Sections 3 and 4 of the United States Constitution. In 1791, Vermont was the first state admitted under Article IV and in 1959 Hawaii was the last.

New States may be admitted by the Congress into this Union; but no new State shall be formed or erected within the Jurisdiction of any other State; nor any State be formed by the Junction of two or more States, or Parts of States, without the Consent of the Legislatures of the States concerned as well as of the Congress.

The Congress shall have Power to dispose of and make all needful Rules and Regulations respecting the Territory or other Property belonging to the United States; and nothing in this Constitution shall be so construed as to Prejudice any Claims of the United States, or of any particular State.

The United States shall guarantee to every State in this Union a Republican Form of Government and shall protect each of them against Invasion; and on Application of the Legislature, or of the Executive (when the Legislature cannot be convened) against domestic Violence.

U.S. territories are represented in Congress by a non-voting delegate. The United States currently has fourteen territories, including Guam, American Samoa, and Puerto Rico. Territorial delegates may vote in committee, but not on measures that come to the floor of the House of Representatives. Territories do not have any representation in the U.S. Senate. Statehood confers a substantial political benefit to a territory. 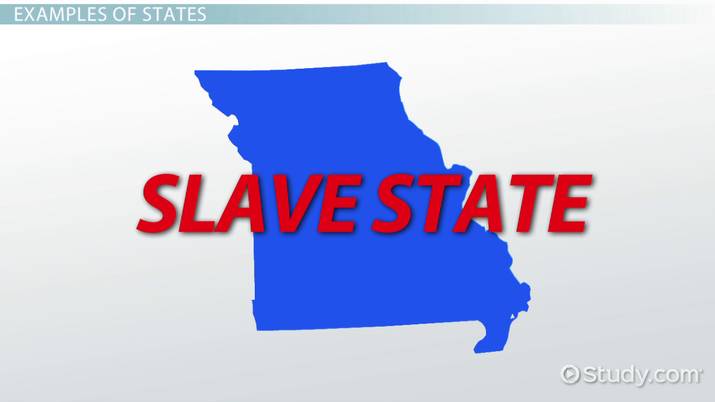 Coming up next: System of Checks & Balances: Purpose, Importance & Examples

Other than Section 4 of Article IV of the Constitution, which stipulates that any new state must be constituted as a republic, the Constitution leaves the process of how new states enter the Union solely to the Congress. A process for a territory to become a state was outlined by Congress in the Northwest Ordinance of 1787.

The Northwest Ordinance called for freedom of religion and a system of education as requirements for statehood beyond the required census of 60,000 free male residents of a territory. This minimum population requirement was often manipulated. Colorado, for example, conducted its territorial census during the summer months when the territory was full of transient miners in order to reach 60,000 population, more than double its actual year-round population.

Congress has generally followed the Northwest Ordinance of 1787 with respect to admitting new states, although there have been significant and historically important deviations.

Once admitted into the United States, a new state must:

When was a Territory Eligible for Statehood?

When a territory could become a state is left up to Congress. Historically, the Northwest Ordinance established a model for how and when a territory would be admitted into the U.S. as a state. However, as demonstrated in the previous section of this lesson, in several cases, Congress set particular conditions for an individual state to enter the Union.

In 1953, in anticipation of adding Alaska and Hawaii as states, the United States Senate Committee on Interior and Insular Affairs formalized the process to some degree by outlining three general conditions that determined when a territory was eligible for statehood.

When these conditions were met, a territory could petition Congress for statehood.

How does a Territory Become a State?

Once the conditions outlined in the previous section were met, a territory could begin the process toward statehood. The Constitution only requires that a state be admitted through one Act of Congress. However, in most cases, this process has included the following steps.

West Virginia became a state following a unique path. During the Civil War, West Virginia seceded from the Confederate state of Virginia, and was admitted into the United Stater in 1863.

The original thirteen states were admitted into the United States when they ratified the U.S. Constitution. Delaware was the first state to ratify the Constitution and therefore became the very first state. Hawaii is the last state to be admitted.

There are fourteen territories in the United States. For example, Guam and American Samoa.

Once admitted into the Union, a state has the right to:

Generally, the process for a territory to gain admittance as a state follows this general sequence.

During the Civil War, West Virginia seceded from the Confederate state of Virginia, and was uniquely admitted into the United States.

What are the benefits of statehood?

Territories of the United States have a non-voting delegate in the House of Representatives. The delegate may participate in discussions of issues but doesn't have any say in whether a bill passes or not. Territories are not represented in the U.S. Senate. The benefit of statehood is political representation in Congress, as well as being placed on an equal footing with all other states, something that territories do not share.

What do we mean by statehood?

Statehood is the condition of being a state of the United States. Statehood means representation in Congress and the Senate. and the protection of the federal government.

What is required for statehood?

Generally speaking, the requirements for statehood are:

1. Creation of a constitution with a republican form of government. No monarchist states.

2. Population of sufficient size to be able to financially support the operations of a state government and to provide support for the operation of the federal government.

What is the population requirement for statehood?

Statehood Overview & Requirements | How Does a Territory Become a State?
Related Study Materials

Treaty Overview, Examples & Laws | What is a Treaty?

Sovereignty Concept & Kinds | What is Sovereignty?

Sedition Law | What is an Act of Sedition?