What is Structural Unemployment?

Over the last three decades, the United States has experienced structural unemployment. Structural changes in the US economy occurred when production firms shifted operations to low-cost regions such as China. As a result, thousands of jobs were lost. The decline in employment opportunities lasted many years, resulting in full-blown structural unemployment.

Also, as technology continues to advance, there is an increased risk of future structural unemployment. For example, artificial intelligence and robot technology are expected to replace many workers, such as security guards, soldiers, drivers, and surgeons. The growing use of technology will make many skilled and unskilled workers obsolete.

The long-lasting implications of structural unemployment make it a significant problem. It is important to note that this type of unemployment is not an indicator of economic recessions because it can emerge even during economic growth. 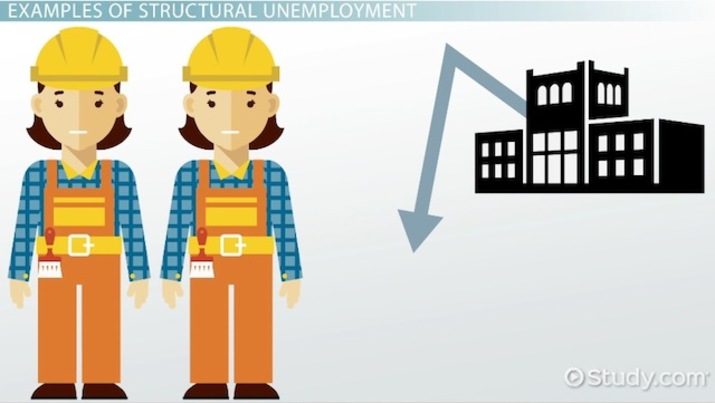 Try it now
Back
Coming up next: What is Money? - Definition and Types

The US experienced an industrial decline when many manufacturing companies shifted operations to developing countries like China. Globalization, which denotes the increased interconnectedness between countries, companies, governments, and people, also contributes to the decline of local industries. This factor also drives structural unemployment. Education policies that improve worker skills and reduce the gap between available skills and job requirements in emerging industries can solve this problem. Another solution is the creation of new industries to generate more employment opportunities in the labor market (the supply and demand for workers).

What is structural unemployment and why does it occur?

Structural unemployment occurs as a result of structural economic changes. technological changes and industrial decline result in a mismatch between peoples' skills and requirements in emerging industries.

What is the difference between structural and frictional unemployment?

What are some examples of structural unemployment?

Structural unemployment results from structural changes in the economy. One example is when robotic arms programmed to conduct surgeries render surgeons structurally unemployed. Another example is self-driving cars that make driving skills obsolete.

What is considered structural unemployment?

Labor Force Concept & Examples | Who Is in the Labor Force?

The Phillips Curve in the Long Run: Inflation Rate