Copyright
Caroline Ntara, Douglas Hancox
Learn about the theories of motivation in psychology, including instinct, arousal, and drive motivation. Discover the ways in which these theories explain behavior. Updated: 12/02/2021

The fundamental theories of motivation provide an understanding of what makes individuals work towards a specific goal. These motivations can manifest in activities that an individual carries out. Motivation can be intrinsic or extrinsic. Intrinsic motivation refers to a person doing something because they want to do it without having any external influence. An example would be going for swimming because a person has interest in the sport and enjoys it. In this case, the person has not been influenced by any external factor to go and enjoy swimming. Extrinsic motivation is the opposite of intrinsic motivation and refers to a situation where individuals do things because of external influence. An example of extrinsic motivation would be a person who goes to work and gets paid to do a job. They may not like the job but because they need to pay their bills they are motivated by the money they receive at the end of every month. 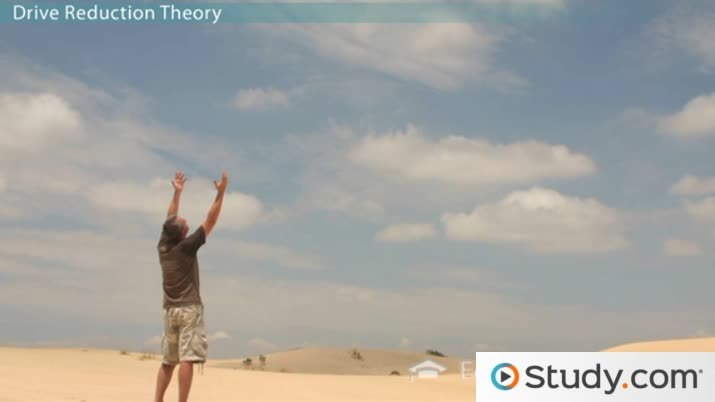 This arousal motivation theory indicates that people act in a way to maintain their optimal level of psychological arousal. This level depends on the individual. Some people may seek to conduct activities that stimulate and excite them, while others may require low levels of arousal and seek out relaxing activities. This theory, famously known as the James-Lange theory of emotion, was proposed in 1884 and 1885 by researchers William James and Carl Lange. The two researchers developed the theory under the premise that emotions are a result of the provocation of physiological arousal.

The arousal theory of motivation establishes that individuals have an arousal level fit for them. Therefore, people seek out stimulation when these levels drop below their optimal level, and seek soothing or relaxing activities when their arousal level is too high.

A bored, rich person can do anything to stimulate themselves. This individual can plan a skydiving event that will raise their adrenaline levels, thus leaving them feeling stimulated. However, if the stimulation is too high and surpasses the individual's expectation, they can consider a relaxing activity like napping or listening to calm music. This example indicates that stimulation levels can exceed one's expectations, and they need to be reduced to the optimal levels of an individual.

Instincts refer to the innate patterns of behavior that are not experienced or learned. Instincts are in most living organisms, and they drive them to survive and deal with life issues. The instinct theory suggests that these innate inclinations are the cause of different human behaviors and make individuals survive. This theory suggests that different behaviors in humans are due to an internal force that propels them to achieve a specific objective. It then follows that instinct theory establishes that innate aspects influence behaviors in human beings.

Unlike arousal theory, which posits that individuals each have an optimal level of arousal and seek stimulation or relaxation to reach that level, instinct theory suggests that all organisms, including human beings, have natural biological characteristics to make themselves survive. Arousal theory is governed by the optimal psychological levels of individuals, while the instinct theory is propagated by innate biological inclinations.

The instinct theory in humans includes the need to care for young ones. When a person finds a child in distress, their immediate action is to assist the child. This objective is not dependent on a person's upbringing, and it is generic in almost all human beings. It is distressing to hear that children are suffering since every person has that innate natural care for young ones.

Sigmund Freud had a concept that sexual instincts in particular drove life. These instincts made humans survive and reproduce. This concept was later refined by Freud and named the life drive; he indicated that this drive was vital in the continuation and sustenance of a species. According to Freud, life instincts not only involved sexual desires but also included factors like hunger, thirst, and the need to avoid displeasure. Freud summed up life drive and named it libido, equating it with the Greek god Eros, a naughty god of love. Freud indicated that the libidinal energy of love is natural in human beings, and it also involves the desire to procreate and construct. Eros was opposed by Thanatos, a characterization of death. Freud said that there were self-destructive instincts that destroyed the idea of life in human beings. Freud declared that the intention of life is death and that these desires manifest as violence towards others. When an individual directs the aggression to himself, it leads to either suicide or personal injury.

The drive theory of motivation establishes that people are driven to reduce internal tensions resulting from unmet needs, which are psychological needs that can cause a distressing feeling to a person if they are not met. This theory was created in the 1940s and 1950s by Clark Hull to explain behavior and motivation. Hull explained that the drive theory works on the premise of homeostasis. Homeostasis is the tendency of human bodies to keep a state of equilibrium, and humans, like other organisms, try hard to maintain this balance.

Therefore, organisms ensure that the psychological needs are met to reduce the distressing feeling and maintain homeostasis. Two examples are hunger and thirst. These are biological conditions that make organisms distressed when they are not met. While some of these biological needs do not have to cause distress for them to be met - for instance, a person can drink water even if they are not thirsty - there are instances when the thirst can be so distressing that not drinking water can cause a negative state in the individual.

Motivation can be intrinsic or extrinsic.Intrinsic motivation comes from a person's internal drive or desires and extrinsic motivation is a result of external factors. Various researchers have come up with theories to expound motivation. Though the theories are limited in their scope, they provide ideas concerning motivation. Examples of motivation theories include arousal theory, instinct theory, and drive motivation theory. Sigmund Freud also contributed immensely to the idea of motivation. He came up with the theory of libido, a drive of life to produce and maintain itself, as represented by Eros, and said that the idea of death, represented by Thanatos, was depicted through violence to oneself or others.

Who made the arousal theory of motivation?

This arousal theory of motivation, also known as the James-Lange theory of emotion, was proposed by William James and Carl Lange in 1884 and 1885. The two researchers developed the arousal theory, noting that emotions are a result of the stimulation of physiological arousal.

What are the 3 theories of motivation?

The three theories of motivation are as follows:

What is a drive in motivation?

Drive can be defined as the increase in arousal and a person's internal motivation to achieve a certain goal or purpose. For instance, when an individual is thirsty, they will feel motivated to reduce the drive by drinking water.

Psychology & the Scientific Method | Is Psychology a Science?

Psychology Disciplines & Subfields | What is Psychology All About?