Heather Phelos, Jeremy Battista
What are the three domains of life? Learn the origins and characteristics of Archaea, Bacteria, and Eukarya, look at examples from each domain, and how to compare them. Updated: 07/15/2021

What are the Three Domains of Life?

The domains of life are the most general biological classifications of cellular evolution. The taxonomic system is broken into three domains:

This naming system was proposed by scientist Carl Woese. Before Woese, only two domains were widely accepted: prokaryotes and eukaryotes. But in 1977, Woese discovered a third domain: archaea, which became widely accepted as the third domain in biological taxonomy in 1990.

Woese differentiated archaea from bacteria- which was formerly known together as the prokaryotes. His research concluded three things: 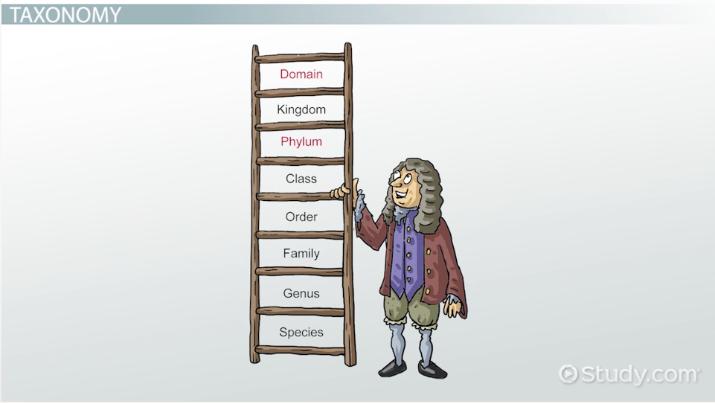 Coming up next: Types of Symmetry in Animals

The domains of life trace the evolution of cellular change. They are all linked to a Last Universal Common Ancestor (LUCA). Mainly, archaea are similar to bacteria in that they are small cells with little internal structure, lack nuclei, and have RNA rather than DNA. Archaea are also similar to eukaryotes in that the process of metabolism and gene transcription utilize similar enzymes. But while they can share similarities with one another, organisms from the same domain have characteristics unique to that domain.

Archaea is Greek for "ancient." This domain is comprised of organisms that are prokaryotic, or cells without nuclei. They are single-celled and reproduce asexually.

Archaea are found in a broad range of environments but the first to be discovered were extremophiles, or those that live in extreme conditions.

The main groups of extremophiles are:

An example of archaea is Methanobrevibacter smithii, which is the predominant archaea type found in the human gut. It helps break down carbohydrates.

Bacteria are also prokaryotes, or single-celled organisms without nuclei. They reproduce asexually. Bacteria is Greek for "little stick." Bacteria are found in every environment on earth - even in the human gut. Bacteria help us digest food. Such is the case for Lactobacillus acidophilus. Other times, bacteria are responsible for diseases, such as Tuberculosis, which is caused by the Mycobacterium tuberculosis bacterium.

The five main types of bacteria are:

Eukarya are organisms with a nucleus. They also have other membrane-bound organelles such as Mitochondria and use DNA to house their genetic material. The term comes from the Greek words "well or true" and "nut," which describe a nucleus. Eukarya live in diverse environments all over the world and can be broken up into four kingdoms:

Alternative Classifications of the Domains of Life

There are some scientists who disagree with Woese's theory on the three domains of life. Some include:

This classification is coined by Carl Woese, who further differentiated archaea and bacteria from the prokaryotic domain of life. Organisms that fall into a certain domain share similar characteristics.

Archaea are single-celled organisms that exist in diverse habitats but most uniquely can exist in extreme conditions, and thus, are known as:

Bacteria are also single-celled organisms but they have different rRNA from Archaea and are found in every habitat. Bacteria also live in the human gut microbiome, such as Lactobacillus acidophilus. There are five main types of bacteria:

Eukaryotes are cells with nuclei and can form multi-cellular organisms such as:

There are other domains of life theories out there in the scientific field, but Woese's is the most widely accepted.

The three domains of life are Archaea, Bacteria, and Eukaryotes. Archaea and Bacteria are single-celled microorganisms that lack nuclei. They differ in their cell wall composition, metabolism, and the number of rRNA polymerases. Eukaryote cells have a nucleus and use DNA, they are large cells that can create multi-cellular organisms

What are the three domains of life and examples?

The three domains of life are Archaea, Bacteria, and Eukarya.

An example of Archaea is acidophiles such as Thiobacillus acidophilus.

An example of Bacteria is E. Coli

An example of Eukarya is an animal (lion)

Originally, there were two domains of life-prokaryotes and eukaryotes. In 1977, Carl Woese discovered that prokaryotes can further be broken down into two separate domains: Archaea and Bacteria

What relationships do the 3 domains help explain?

The three domains of life help explain cellular evolution and LUCA (Last Universal Common Ancestor). They divide and classify cells and organisms based off their membranes, presence of nuclei, organelles, cell wall, and genetic material.

What is a Batch File? - Examples & Basics