With the advent of video conferencing, the world is seeing a shift in how people communicate with one another. Video conferencing or VC has been used as a way to improve productivity and collaboration between teams.

Video conferencing is a form of communication that uses both a visual and audio component. It allows an individual to be present in the same place with someone who is not physically there. There are many benefits of video conferencing such as increased productivity, improved collaboration, and reduced travel time.

Video conferencing has become an essential part of business communication and a valuable office tool for those who work remotely or don't have rooms dedicated solely for meetings.

VC is a process that allows different people in different places to share information, using electronic media such as headphones to hear each other in real-time. A conference call is often used by professionals who need to speak with each other while they are at work or in other remote locations. Some of the most popular modern VC applications are Skype, Zoom, and Google Teams.

The concept of video conferencing first materialized In the early 20th century. When the camera, movie screen, and television were developed, the idea of live, visual communication over a distance became something inventors worked tirelessly towards achieving.

Video conferencing was first used in the 1920s by Bell Labs. It was originally created as a way to simplify large-scale conferences. This system was developed and refined through the 1930s to the 1970s. In the 1960s, AT&T presented a working video phone at the world's fair. This system continued to be refined through to the early 2000s. Not long after, video conferencing was introduced to home computers.

Now, in the 2020s, video conferencing is part of daily life for remote workers and in-house employees alike.

How Does Video Conferencing Work?

Video conferencing is the use of visual and audio communication to transmit, exchange, and receive information between two or more people who are geographically separated from each other.

Setting up video conferences requires various tools that are available online. There are many available tools like Skype and FaceTime, but these may not provide a high-quality experience when used by more than two people at a time. For high-quality interfacing options, Zoom and Microsoft Teams have created tools specifically to cater to large meetings.

Video conferencing apps are meant to replace the various services that are currently available. Some of these apps include Microsoft Skype, Zoom, Apple FaceTime, Google Hangouts. 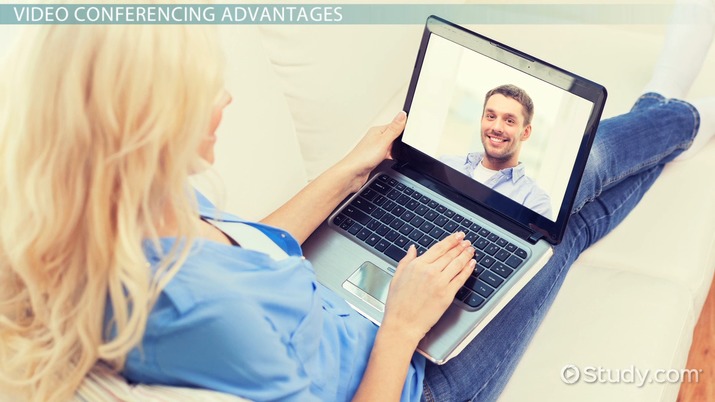 Coming up next: What is Web 2.0? -Software, Tools & Applications

1) It is economical and less time-consuming than traditional meetings or phone calls because it eliminates the need to waste time on traveling and preparing for meetings.

2) It is cost-effective for companies to conduct video conferences because they can use the same resource to engage people from multiple locations rather than have multiple resources present at different locations. It is also cost effective since all that is required for a video conference would be a webcam, the required software, laptop, and a high-speed internet connection.

3) Video conferencing provides a more personal level of engagement with people as one can see others' facial expressions, gestures, and any changes in their tone of voice.

4) It also helps with giving presentations because the presenter can give instructions instead of using written instructions or reading them aloud. It also creates a space for creativity and brainstorming ideas because there are no limits on how one can express themselves visually or verbally.

2) Video conferencing can often have jitters, glitches or pauses in the video caused by poor ISP quality. These can cause information to be missed, calls to be dropped, or necessitate points to repeated multiple times.

3) Video conferencing software can often pose difficulties for users in the process of setting it up or in maintaining it.

What is the purpose of video conferencing?

Video conferencing is a service that allows users to communicate in real-time. It offers videoconferencing, telepresence, and online meetings. These meetings are usually scheduled for a specific topic like an online meeting conducted by an international company across multiple regions, or a videoconference between two co-workers.

What is a video conference?

A video conference is a meeting in which all the people who are participating use videoconferencing software to see and hear each other. The participants can either be in the same room or at different locations. It can also be held for any reason, including training, education, marketing, or sales purposes.

What are the advantages of video conferencing?

The advantages of video conferencing are the following:

- It can be used for all types of meetings, including presentations about big events and remote or international meetings.

- It helps to eliminate the risk of any misunderstandings occurring.

- Video conferencing makes it easy to see who is participating in the discussion.

Sound Card Use & Types | What is a Sound Card?

What is a URL? | URL Examples, Parts & Function