Dinah McAlister, Jeremy Battista
Learn about viral capsids, including the definition of capsid. Discover the function of capsids, study the three capsid shapes, understand capsid protein structures, and learn whether all viruses have capsids. Updated: 02/01/2022

What is a Viral Capsid?

A capsid is a protein covering viral nucleic acid. A virus is a nonliving particle that contains nucleic acid (DNA or RNA) in a protein coat (viral capsid) that will cause disease. Viruses are often characterized by the organism they infect. These organisms include animals, plants, or bacteria.

What is a Nucleocapsid?

Do all Viruses have Capsids?

All viruses have a capsid made of protein that surrounds and protects the viral nucleic acid, DNA, or RNA. In addition, many viruses contain a lipid membrane envelope that surrounds the capsid. 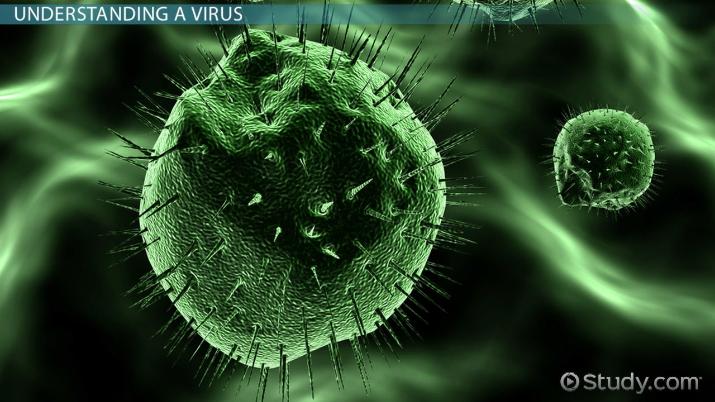 What is the structure of a Capsid?

The composition of the viral capsid can classify viruses. The capsid surrounds the viral nucleic acid, genetic material, and is composed of protein subunits called protomers. The protomers are composed of several different polypeptide chains. The protomers make up capsomeres, and capsomeres form the capsid. The proteins that make up the capsid are known as capsid proteins or viral coat proteins. The capsid that encloses the nucleic acid is known as a nucleocapsid which makes it possible for the virus to penetrate a host's cell membrane, insert viral nucleic acid into the cell and take over cell functions. The nucleocapsid is considered an infectious virion, a fully assembled, infectious virus.

What is a Capsid Protein?

A capsid protein is composed of several different types of proteins. The nucleocapsid (N) protein is made of protomers and capsomeres. The protomers are structural units of oligomeric proteins which means they are composed of more than one polypeptide chain (chain of amino acids that make up proteins). Capsomeres are individual proteins composed of protomers. Protomers make up capsomeres which form the capsid, a protein coat. Spike (S) proteins allow viruses to penetrate host cells and cause infection. Spike (S) proteins are made up of glycoproteins. Glycoproteins are composed of proteins and carbohydrates that play an important role in immunity. A membrane (M) protein is either attached to or a part of the membrane of a virus. An envelope (E) protein has several functions, including assembly during the viral life cycle, envelope formation, and pathogenesis (ability to cause disease).

What are the Shapes of Capsids?

Capsid Shape is one way to classify viruses, along with the composition of the capsid. Capsids come in various shapes, but the following three shapes are the most common.

Viruses can be classified according to the composition and shape of the capsid and the proteins that make up the capsid.

What is the Function of Capsids?

A capsid has two primary functions. The main capsid function is to protect the viral nucleic acid (DNA or RNA) from environmental hazards. The other function is involved in the infection process of a host cell. The virion (fully assembled and infectious virus) has protein spikes on its exterior utilized as an attachment and infection point on a host cell. The protein spikes ensure the viral nucleic acid will be inserted successfully into a host cell.

What are Examples of Capsids?

Capsids come in various shapes. The shape of the capsid determines the type of virus. Three examples of viruses caused by different capsid shapes are HIV, Influenza, and Measles.

What is an HIV (Human Immunodeficiency Virus) Capsid?

The HIV capsid has a spherical shape, and its nucleic acid is composed of two strands of RNA. The capsid contains upwards of 15 different types of proteins. In addition, the HIV capsid can also contain a few proteins from the last host cell it had infected. The HIV capsid is surrounded by a lipid bilayer (two layers) membrane envelope.

What is an Influenza Capsid?

An influenza capsid has a spherical shape and can also be found as a filamentous shape. In addition, the influenza capsid is surrounded by a lipid membrane envelope, which is covered with spike proteins to aid in infection of the host cells. The Influenza nucleic acid is composed of eight single-stranded RNA strands.

What is a Measles Capsid?

A capsid is a protein coat of a virus. Some viruses have an envelope that covers and protects the capsid. The capsid is made up of proteins, while the envelope is a membrane made up of lipids. Not all viruses have this membrane envelope. A nucleocapsid includes both the protein coat and the nucleic acid, including DNA or RNA. The composition of the viral capsid is used to classify viruses. The capsid not only covers and protects the virus but also allows the virus to penetrate a host's cell membrane, insert viral nucleic acid into the host cell and take over the host cell's functions. The shape of the viral capsid can also classify viruses. A capsid protein is composed of several different types of proteins. These include the nucleocapsid (N) proteins, spike (S) proteins, membrane (M) proteins, and envelope (E) proteins. The various capsid proteins all have different functions.

Capsid shape is not the only way to classify viruses. Capsids come in various forms, but helical, icosahedral, and prolate are the most common. Along with capsid shape, the different capsid proteins that make up the capsid are another way to classify viruses. The formation of the capsid characterizes the type of virus. Three examples of viruses caused by different capsid shapes are HIV, Influenza, and Measles.

What is the function of a capsid?

The function of the capsid also known as the viral coat is to surround and protect the nucleic acid (DNA or RNA).

What does capsid mean in a virus?

What is the purpose of the capsid in a virus?

The main purpose of the capsid is to surround and protect the DNA or RNA (nucleic acid) of the virus. Another purpose is to help the virus overtake the host cell's functions.

What is a viral capsid made of?

The capsid also known as the viral coat is made up of proteins and its function is to surround and protect the nucleic acid (DNA or RNA).

What are the 2 major viral capsid types?

There are two major types of capsids. The first type is helical which can be described as spiral shaped. The second type is icosahedral shape which is a polygonal (20-sided) shaped capsid. There is a third common type which is sphere. Sphere is a round shaped capsid.

What viruses have a capsid?

All viruses have a capsid that surrounds and protects the nucleic acid of a virus. Only certain viruses contain a lipid membrane envelope.

Create an account
Viral Capsid Function & Shapes | What is a Capsid?
Start today. Try it now
Microbiology: Help and Review

Plasmids Characteristics & Function | What are Plasmids?

Bacterial Structures and Their Functions