What is a Carpetbagger?

April 9, 1865, General Robert E. Lee of the Confederacy surrendered to General Ulysses S. Grant of the Union; the U.S. Civil War was over. The bitter Civil War in the United States left the country physically destroyed. The period of Reconstruction (1865-1877) began with a focus on putting the country back together again politically, economically, and physically. One of the primary problems the former Confederate States faced was the financial ruin the war had left them. The post-war years in the south provided many Americans with an opportunity to benefit from the financial reconstruction of the south.

Who were the Carpetbaggers?

A Carpetbagger was a slang term for northerners who, after the war was over, moved to the south to take economic advantage of the reconstructing south. Carpetbaggers got their name from their large carpetbags that they packed containing all of their belongings. Many Carpetbaggers were able to buy land in the south because former plantation owners no longer had a workforce to tend the lands. Carpetbaggers viewed themselves as saviors of the struggling south; moving to the war-torn region to aid in its rebuilding. 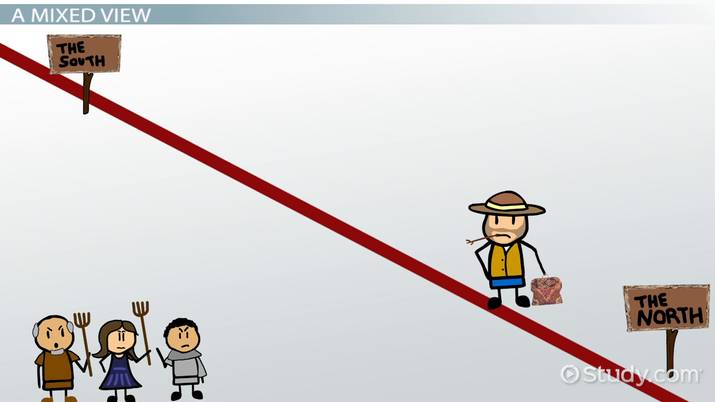 Coming up next: The Freedmen's Bureau: History & Definition

During the period of Reconstruction, another group of people were greatly disliked by former Confederates; Scalawags.

Today, the term Carpetbagger is used to describe a political candidate that is new to a region for which they are running for political office. To call someone a Carpetbagger today, is to note that they are not native to the region and are an outsider.

Carpetbaggers moved to the south to:

Today, to call someone a Carpetbagger is to note that they are not native to a region for which they are running for political office. Examples of modern Carpetbaggers would be Robert Kennedy and Hillary Clinton, who both ran and won elections to the U.S. Senate for the State of New York.

What is the opposite of a carpetbagger?

What does it mean to be called a carpetbagger?

A carpetbagger was an individual who moved from the north to the south during the period of Reconstruction (1865-1877). To be called a carpetbagger today is to indicate that an individual is not native to a region for which they are running for political office.

What is an example of a carpetbagger?

A carpetbagger is an individual that moved from the north to the south during the period of Reconstruction (1865-1877). Many carpetbaggers were former Union soldiers, businessmen looking to start new businesses, or individuals working with the Freedman's Bureau. Carpetbaggers were able to buy up cheap southern land and businesses due to the economic problems of the former Confederacy.

What did the carpetbaggers do?

A carpetbagger was an individual that moved from the north to the south during the period of Reconstruction (1865-1877). Once in the south, Carpetbaggers bought up cheap land and businesses. Sometimes carpetbaggers even took political office in southern states, because many former Confederates were prohibited from holding political office.

What is the difference between carpetbaggers and scalawags?

A carpetbagger is an individual who moved from the north to the south during the period of Reconstruction (1865-1877). To make this move, the individual would pack their belongings in a large bag, called a carpetbag.

White Supremacy Groups in the Reconstruction Era: Lesson for Kids