What Is a Collective Noun?

Collective nouns were first used in the 15th century, most likely in England. At the time, the church was a dominant power in society and directed the way society was run. The use of collective nouns began as a way to address the large congregations of people attending church or participating in church events.

The use of collective nouns has evolved over the years as they have been adapted to other languages. Languages themselves change over time, with new sentence structures and figures of speech. New societal norms and practices have also impacted the use of certain collective nouns. Over the past few centuries, collective nouns have remained true to their roots and continue to describe a group of people, animals, or things. 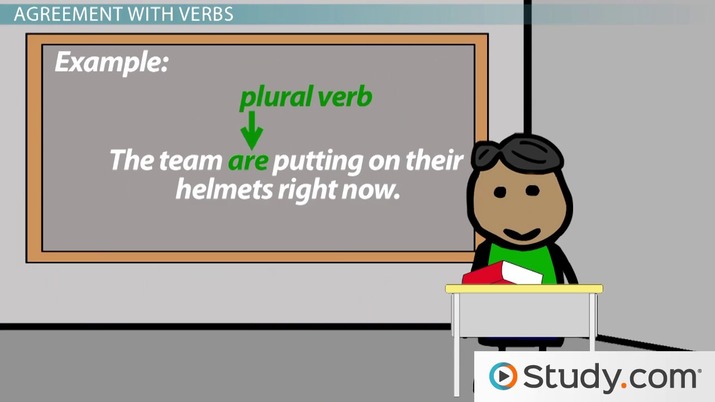 Coming up next: What Are Pronouns? - Types, Examples & Definition

Collective nouns are spoken and written often. The following collective noun examples are some of the most popular in the English language:

These examples of collective nouns are all treated as singular nouns. They are also common because they are a general group of something. When used in a sentence, a couple of the examples may appear as:

Proper nouns can be used as collective nouns, too. They should be treated as a singular noun if acting as a whole, but plural if one member of the group is acting individually.

When collective nouns began to be used to describe a group of animals at the end of the 15th century (following the grouping of people or objects), the same mechanics were followed for treating the noun as singular. Here are some examples of how animals can be grouped using collective nouns.

In the first sentence, the jury is a collective group of people performing an action. They are one unit, and therefore both the verb (makes) and pronoun (its) are singular. In the second sentence, the collective noun may describe a group, but individual people on the jury are deciding something before the group reaches a decision as a whole. The verb (make) and pronoun (their) are plurals.

If the writer is not comfortable with distinguishing between singular and plural collective nouns, especially challenging ones such as "jury," they can add a phrase such as "members of the (group)" to create a plural collective noun where only a few people or things are being described out of the whole group.

The collective family, used in the first sentence as a singular collective noun and acting as one unit, is going on a picnic. The second sentence specifies that certain individuals are not hungry. Notice how the verb are is plural, just as the collective noun has been modified to be used plurally.

Collective nouns are nouns that describe a group of people, animals, or things. They are different from singular nouns because singular nouns only identify one person or object. Collective nouns can be either common nouns or proper nouns, though in most cases they are common nouns, which are very general. They were first used in the 15th century and have evolved with the adaption and development of new languages.

What is collective noun with example?

How do you explain collective nouns?

Collective nouns describe a group of people, animals, or things as one unit. They can be used in a singular or plural form, although in American English they are most used singularly. The subject and verb must agree when collective nouns are used in a sentence, as well as any pronouns being used.

Proper Noun Overview, Examples & List | What is a Proper Noun?

Types of Angles: Lesson for Kids

What is an Adverb of Time? - Definition & Examples