Daniel Cole, Kat Kadian-Baumeyer
What is the rule of law? Learn the rule of law definition, discover where it originated from and how it works in the justice system, and see rule of law examples. Updated: 11/24/2021

What is the Rule of Law?

What is the rule of law? The rule of law definition holds that government power must be used in accordance with the law rather than the arbitrary wills of officials. In effect, what does the rule of law mean? It means that no one, even the rulers of a society, is above the law. There are four principles of the rule of law: 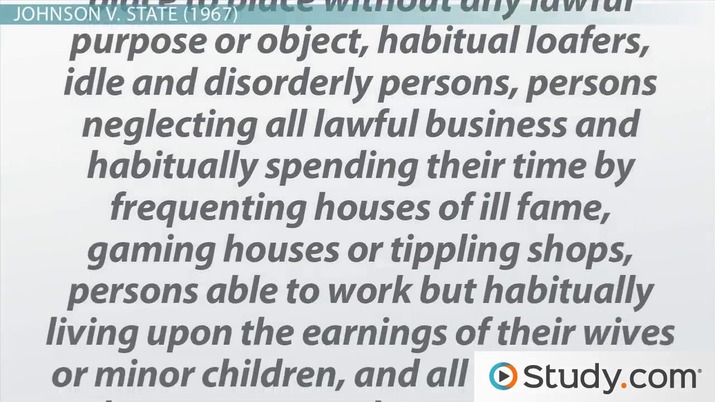 Coming up next: The First Amendment: Commercial Speech, Scrutiny & Restrictions

The notion of a rule of law in the history of the United States was voiced in a variety of places, notably in The Federalist. In The Federalist #78, Alexander Hamilton argues for an independent judiciary. His reasoning is that in order to guard against despotism and arbitrariness, the judicial branch needs to wield neither power nor will. Or in other words, the judiciary cannot make the laws or enforce them. This makes the judiciary powerless. In order to keep the judiciary from being subsumed and abused by the other branches of government, Hamilton proposed that the courts be independent and that appointments to the Supreme Court be permanent. This insulates the judiciary from encroachments by the other branches. The independence of the judiciary serves to maintain a rule of law because it ensures that those who make and enforce the laws are not their own judges and thus cannot put themselves above the law.

More recently, the rule of law was further articulated in the case Johnson v State. The case emerged from the arrest of Harvey Johnson and a friend of his under the charges of vagrancy. In brief, Johnson and his companion had very little money and could not explain their next destination. The supreme court of Florida, and ultimately, the Supreme Court of the United States, examined the issues of whether the law itself was too vague, meaning it could be easily abused, and whether the arresting officers performed their due diligence. For instance, just because the defendant had less than a dollar at the time of arrest does not mean that the defendant lacked the means to support himself more generally. The officers had only noted the amount of money Johnson had at the time of the arrest and thus had failed to appropriately follow arresting procedure.

Factors of the Rule of Law

The rule of law's definition states that government officials should operate under the law. Based on this definition, there are several factors that can help measure the extent to which a government realizes the principle of the rule of law.

Rule of Law Examples and its Importance

Each of these examples demonstrates the importance of the rule of law. When government officials are free to abuse their power in the ways just described, people will be unjustly harmed. Consequently, people will begin to distrust their government and will eventually stop respecting its decisions.

The rule of law is a principle that all expressions of government power should be subordinated under the law. This ensures that no one, not even the rulers, is above the law. There are four principles that help to further articulate the rule of law: accountability, open government, just law, and accessible and impartial justice. In the United States, Alexander Hamilton's The Federalist #78 helped to further elucidate the rule of law by arguing for an independent judiciary. The Johnson v State case helped to further entrench the principle of the rule of law by targeting a statute that was so vague that it invited abuse. Without a rule of law, the abuses of government power are likely to inspire an erosion of public trust and therefore obedience.

What is the rule of law in simple terms?

In simple terms, the rule of law holds that laws (and not men) rule. This entails that no one is above the law and that the laws are intended to serve the public good rather than private interests.

What is an example of a rule of law?

One example of a rule of law would consist of a member of Congress being censured for breaking the law. This would demonstrate accountability and show that no one is above the law.

What are the 4 rules of law?

The four rules of law are accountability, open government, just law, and accessible and impartial justice. These ensure that government officials are not above the law, that decisions are transparent, that laws are fairly designed, and that the law is impartially enforced.

What is the Rule of Law? | Rule of Law: Concept & Examples
Related Study Materials

The Effects of Financial Statements on Costing Methods

The Nature and Purpose of Criminal Law

What Is Administrative Law? - Definition & Examples