Jason Mack, James Walsh
What makes the US economic system capitalist or socialist? Learn about the definition of a mixed economy and the basic principles of free enterprise. Updated: 10/07/2021

Is the US Capitalist? 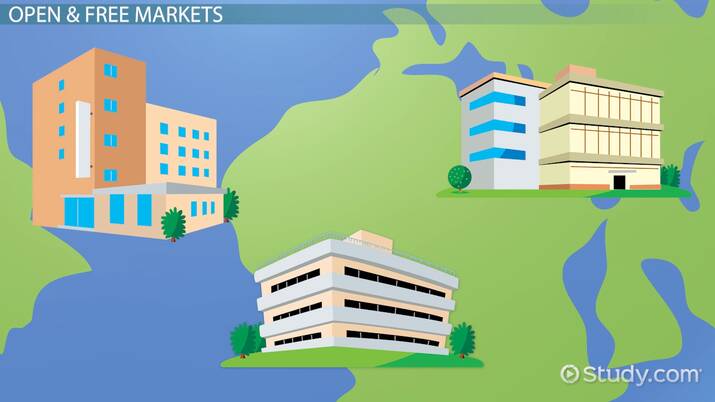 Coming up next: Components of the U.S. Economy

The principles of capitalism include both capitalists and capital available. Capital is defined as the workers' production. The term capitalist refers to those that control the capital, generally individuals that run or own businesses.

The basic principles of free enterprise are the right to own property, engaging in mutually agreed-upon contracts, and allowing supply and demand to dictate prices. The dictation of prices can be negotiated between consumers and business owners when supply and demand influence pricing. If a business owner sets the price too high in a capitalist market, the consumers will not purchase the product or service. This behavior by consumers within a free enterprise can drive down the price of the good or service. Consumers have the ability to also drive up prices with their collective buying behavior.

The US has a mixed economy because it has components of both a free market economy and a command economy. There are many principles that govern a free market economy. Some of the most well-known principles are competition, supply, and demand. Competition refers to the different companies that offer similar goods or services. When there is a lot of competition, the prices are often driven down because consumers usually like to find the best price and functionality. For example, there are many different types of flat-screen TVs, and they compete with each other to offer the best prices, features, and benefits. Because of the competition in the television market, it is usually possible to find an affordable flat-screen TV. If flat-screen TVs were only made by one brand, then the company could sell their TVs for a higher price.

Some additional factors that affect the mixed market economy in the US are supply and demand. Supply refers to how much of the service or good is available to the public at any given time. Demand encompasses the want or need for the service by the public. As the supply of a product increases, the cost of it decreases. As the demand for a product increases, the cost of it increases. Companies need to be careful to have a good supply and demand for a product. If a company overstocks its product, the inventory will sit on the shelves because there is not enough demand for it. However, whenever there is high demand for a good or service, the price can quickly escalate. For example, there is a large supply of smartphones in the US, and although expensive, smartphones are affordable for consumers. The demand for smartphones is similar to the amount of the supply. Another example where supply and demand laws can be seen is with electric cars. There is a high demand for them, yet a limited supply, so the prices are higher than traditional gas-burning vehicles.

In capitalism, property, such as currency and land, is owned by an individual or private corporation. Since there is private ownership of land, an individual is able to sell or rent their land for an agreed-upon price between both the purchaser and the seller.

In socialism, the government owns the means of production, so supply and demand do not affect pricing. The government can set prices for goods and services at whatever price point they want, so there is no freedom of choice or consumer sovereignty within socialism.

In the US capitalist system, there is a mixed economy. Because the US does not have a command economy where the government owns everything, the government is limited. For example, when companies merge and form a monopoly on the market, they are usually fined by the US government but do not cease to exist.

The US has a mixed market system, so the government has the ability to control and legislate issues such as minimum wage, tax-funded healthcare, and tariffs. Minimum wage is a set wage amount per hour that mandates the minimum that a company must pay its workers. Tax-funded healthcare allows any individual to apply for healthcare through the government in the US, and receive an equitable price because of their income. Tariffs are taxes that the US government puts on imported goods that increase the prices for consumers. However, tariffs also allow the US government to make money on imports from other countries.

Why is USA a mixed economy?

Is the US a market economy?

The US is a mixed economy. It has components of both capitalism and socialism. In capitalism, individuals and companies control the market with little to no government regulation. In socialism, the government controls the market.

Is the US socialist or capitalist?

What are types of economy?

There is a free-market economy, where there is no government regulation. Individuals and businesses control the market. Also, capitalism and supply and demand rules influence the market.

There is a mixed economy which is a blend of both capitalism and socialism.

There is a command economy, where the economy is completely run by the government.

US Economic System | What Type of Economy Does the US Have?
Related Study Materials

What is a Hygrometer? - Definition & Uses

Wind Vane History, Uses & Facts | What is a Wind Vane?