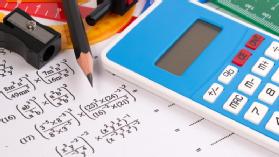 There are several states that require aspiring Algebra I teachers to pass the Praxis Algebra I (5162) as part of the teacher certification process. On test day, candidates will have to answer 60 questions in 150 minutes (2.5 hours). There will be both selected-response and numeric-entry questions on the exam. Test takers can use an Algebra Praxis study guide to help them get familiar with not only the format of the test, but also the content. The Praxis Algebra I exam tests candidates' knowledge of many different algebraic concepts, including equations and inequalities, functions, numbers, and probability. Explore our Praxis 5162 study guide below to learn about the content that will be examined.

Candidates need to be prepared to demonstrate their knowledge of foundational concepts in algebra, such as an understanding of algebraic expressions and skills in reasoning.

Questions will also examine test takers' ability to solve mathematical operations involving polynomials. Candidates should be prepared to solve and graph equations or inequalities. They may also need to rearrange equations as needed to solve for a specific variable.

Reasoning and Techniques for Solving Equations and Inequalities

Building on their knowledge of equations and inequalities, test takers will have to demonstrate their understanding of the various methods used to solve these problems. They should be able to solve problems that consist of one or two equations or inequalities.

Specific techniques that will be evaluated include:

To complete some of these strategies, test takers will have to be familiar with concepts such as x- and y-axis, the elimination method, intersection, and scalar multiples.

Questions about the rate of change aim to examine candidates' understanding of equations and graphs. For example, if given a nonlinear equation on a graph or written out symbolically, test takers should be able to identify the rate of change.

Test takers will be evaluated on their understanding of functions. They will need to be able to explain what functions represent and how they can be expressed.

Test takers will also have to create tables and graphs based on the functions' relationship. They should be able to explain the relationship between quantities and describe the function, such as if the function is even.

Ultimately, test takers should understand that functions serve as models for the relationship between different quantities. They need to be able to find new functions from old ones, including the inverse function (if one exists).

Examinees must have knowledge of linear, exponential, and quadratic models. This means knowing how to identify the equations for each type of model and solving problems with the appropriate model. They need to be able to solve problems given a graph or an equation.

Number and Quantity; Probability and Statistics

The exam will also evaluate test takers' understanding of different types of numbers, including units and data analysis. Candidates should also be familiar with concepts in probability.

Test takers should be prepared to solve problems involving radicals, exponents, and rational and irrational numbers. They need to have knowledge of the properties of exponents and radicals and be able to write numbers using scientific notation. They also need a general understanding of magnitude for small and large numbers.

Test takers must know how to use the correct units of measurement for problems. This includes being able to evaluate their solutions for reasonability.

Candidates will also have to analyze data that contains one or two variables. They should be familiar with a wide range of methods for representing data, including:

They also need to be able to calculate the appropriate statistics for the type of data they are presented with, such as determining the mean or standard deviation of data sets.

Given a data set, test takers should also be able to identify a function that fits the data. Using this function, they should be able to solve problems and find the residuals and linear correlation coefficient, as well as the slope and intercepts. They will need to be familiar with terms such as causation and correlation.

Test takers will also need to be prepared to answer some questions about probability. They may need to demonstrate their skills in determining the probability of either simple or compound events. 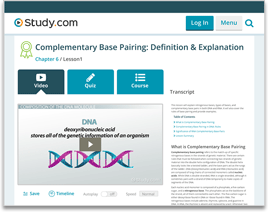 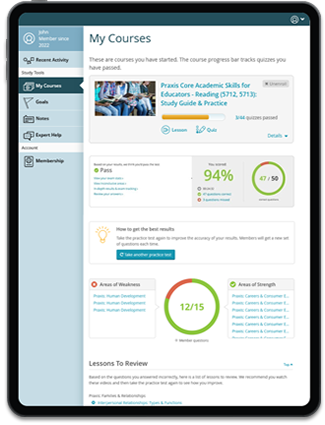 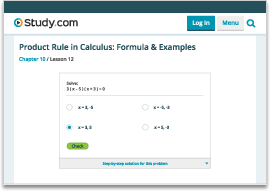