What is Common Core?

Common Core standards are educational objectives that are used by schools in most parts of the United States. The Common Core standards are intended to unify educators and parents in their efforts to prepare students for college and careers after high school graduation. They ensure that a team effort is in place to equip students with the skills and knowledge needed for adult life.

The Common Core is also intended to provide educational standards that are in effect nationwide. The intent is that students graduating from schools in Pennsylvania, Georgia, Nevada, Idaho, and everywhere else throughout the country will receive a consistent education that equips them with the same knowledge and skills.

While the Common Core standards focus on providing objectives related to the instruction of English Language Arts (ELA) and mathematics, the ELA guidelines expand in grade 6 to encompass language-based objectives for science and social studies. Instead of simply focusing on preparing students for post-graduation life in the last few years of high school, the Common Core uses a framework that is intended to focus teachers on being a part of the post-graduation preparation process from an early age.

The development of the Common Core standards was started in 2009 after an initiative instigated by the National Governors Association (NGA) and the Council of Chief State School Officers (CCSSO). The NGA and CCSSO specifically set out to establish academic standards that would be adopted in schools across the country. In 2009, they compiled a team of education experts, including administrators and teachers, who used international research to establish national education guidelines.

This Common Core standards initiative created the education standards, with the final draft officially finished and released in 2010. They were received positively by the majority of states and territories and were soon adopted throughout most of the United States.

Some individuals cite the introduction of No Child Left Behind (NCLB) as the precursor to the Common Core. The NGA and CCSSO do not claim a desire to refine NCLB as the motivation for the creation of the Common Core standards. Rather, they point to declining academic performance of American students when compared to students from other countries, as well as the fact that students entering college did not consistently possess the same skills and knowledge because of the extreme variations in academic standards from state to state.

Although the standards have been implemented throughout most of the United States, the implementation of Common Core is not without controversy. There are many critics who see the Common Core as bad.

One of the issues critics have is the emphasis on standardized testing to evaluate both students and educators. Those who object to the Common Core also view the program as a national education curriculum. Since education is supposed to be under the purview of the states, there have been political ramifications for those who support Common Core.

In 2018, an incumbent school board member in Florida lost Republican party support because of her support for Common Core because the party believes education guidelines should be determined by the state. Another criticism centers on offering education funds only available to states that adopt Common Core standards. Teachers can also be formally assessed based on student performance compared to national averages, which critics do not support.

The champions of Common Core see it as good because it established cohesive standards that are intended to ensure children in all states receive a comparable education. They also see the Common Core testing as an improvement over No Child Left Behind (NCLB) tests because of the shift in emphasis to utilizing specific skills, such as reasoning.

Since the Common Core tests are designed to promote the use of specific skills, teachers are not compelled to teach information their students will be tested on (the way they were under NCLB testing). Teachers can instead focus on the objectives of the Common Core standards, which involve skill development and application of those skills.

Polls indicate misunderstandings about Common Core policies and how it's implemented, which may be factors that contribute to the critics who see the Common Core as bad.

"I firmly feel you are an untapped treasure trove! I sincerely believe that with your site, a classroom can be transformed."
Get started today with Study.com's
Common Core lessons, strategies, and examples 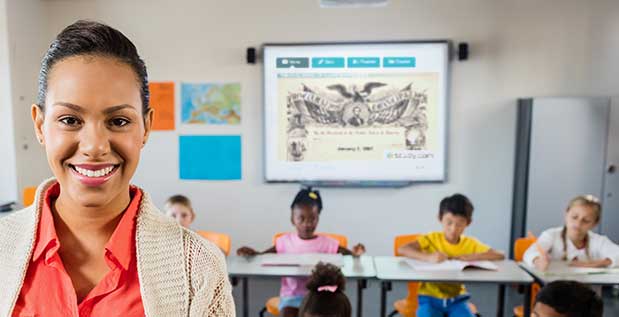